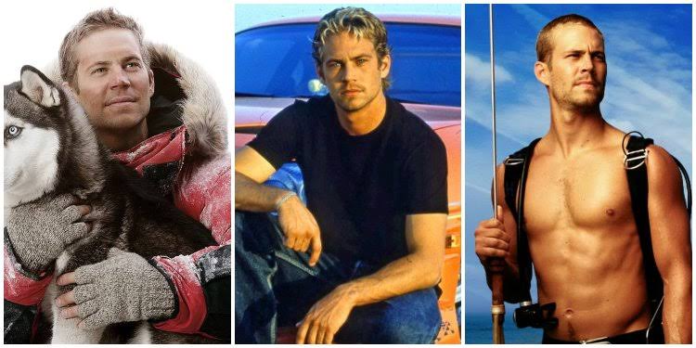 Paul Walker was a Hollywood star. He is best known for his significant role as Brian O’Conner in the Fast & Furious franchise. He received international fame by starring in The Fast and the Furious back in 2001. On 30th November 2013 when us. It has been almost 7 years our favourite star left us. Later his Car Collection was auctioned and it raised $2.3 million. This blog is all about cars owned by Paul Walker.

Paul Walker owned 5 different types of BMW M3 E36 Lightweight. These are some of the rarest cars that one could spot in Paul Walker’s collection. The lightweight weighed aroud 90 kilograms less than the normal version. One of his M3s was sold for a whooping $385,000 because it had only 4,600 miles on the clock. The M3 is collectors favourite. Only 126 were ever made. It is said to be powered by a 2.5 L M51 I6 engine. It is mated to the 5-speed gearbox. The M3 can go from 0-100 in just 5.5s.

The 1963 Chevrolet Nova Wagon was auctioned for $18,700. This is a super rare piece from the past, it is surely a collector’s delight. Through 1968, Nova was the top model in the Chevy II lineup. It is powered by a 194ci straight 6-cylinder engine. It is mated with a 3-speed manual transmission.

Paul Walker is lionized with his GT-R Skyline in Fast and furious. The 1989 Nissan Skyline R32 is absolute star of his collection. The car was auctioned for amazing $100,100. The R32 comes with a ‎2.6 L twin-turbocharged I6 engine. It got a 5-speed manual transmission. The car is highly modified. Some mods include upgrades from HKS and A’PEXi, as well as a KOYORAD. It has a top speed of 180 KPH and goes 0-100 in 4.9 sec.

The Ford Bronco was the first SUV developed and marketed by For. The Bronco has got exceptional city and offroad performance capabilities. It has got a 5.8-litre Windsor V8 engine and produces a 210hp. It is mated to 4-speed automatic transmission. The 1966 Ford Bronco was part of Paul’s car collection. This SUV was auctioned for $73,700. This was a greatest SUV from the American automaker back then.

Reading about celebrity car collection and not seeing any Audi, no chance. Paul Walker owned a Audi S4. This Audi from Paul Walker’s car collection was auctioned for an amazing $29,700. Tge 2000 Audi S4 offered a 90-degree 2.7-litre twin-turbo V6 engine it produced a total 261hp. Significantly, the car has got 5 valves per cylinder and a couple of parallel BorgWarner turbos. It is mated with 6-speed manual gearbox and features an all-wheel-drive system.

The Toyota Tundra was the very first full-size pickup from a Japanese manufacturer to be built in North America. This pickup truck is part of Paul Walker’s collection. In the same auction it was sold for $16,500. It is powered by refined V8 engine producing 271 hp and 424 Nm torque.

The Nissan 370Z is a Sport Coupe. The 370Z is one of the iconic model from Nissan. It is powered by 3.7L V6 engine producing a total 332hp. It is offered with 7-speed automatic gearbox. This Nissan 370Z was featured in the movie Fast Five. It is One of the rarest in Paul Walker Car Collection. Unfortunately, it was auctioned for an amazing $105,600.

So before you ask, what’s special about it, this Mustang is highly modified. The Boss 302 takes the Mustang GT’s suspension and adds higher-rate coil springs, stiffer bushings, and a larger diameter rear stabilizer bar. The car gets a special touch. Paul had himself modified the car. He received the Boss 302s as a gift. The car was auctioned for an astonishing $95,700.

The 1967 Chevrolet Nova was built with joint effort of Paul Walker and Year One president Kevin King. The car was highly modified both in interior and exterior. The car is powered by GM 5.3-liter V8 engine. It is coupled with an automatic gearbox. It was built by Paul as a daily rider. The custom build Nova was auctioned for $60,500.

Who knew this was the last time we saw him. This is the last picture of Paul Walker taken just before he met the fatal accident. Coming across this picture even today makes me sad. This is the only picture where a Porsche has made me feel sad until now.