Did This Aston Martin Valkyrie Crash For Real? 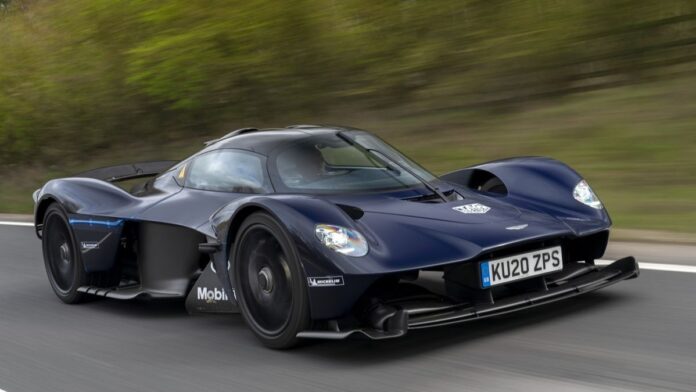 An Aston Martin Valkyrie allegedly loses the rear on its approach into the pit straight and slams into the wall before the driver regains control, mainly unscathed, according to footage from Silverstone.
The footage, which was shared on Instagram by Mercedes-AMG factory racing driver and four-time 24-hour race winner Adam Christodoulou, has piqued the interest of a number of racecar drivers.

Christodoulou posted on the post, “Holy S&! sooooo near.” “Lucky escape, not many people have a brush with the wall here and drive away,” says the narrator.

We’re predisposed to be cautious about any content uploaded online on April Fool’s Day, and this video is no exception. The entire video is unbelievable, yet it was posted by a real professional driver at a track outside of Aston Martin’s plant yesterday, so the context appears to be credible.

Even though the driver made an incredible save, we don’t expect the repair to be cheap, with pricing starting at £2,310,000 ($3,028,860 USD at current exchange rates). Still, things could have gone a lot worse.

Trending Now:  Aston Martin Is Chasing Ferrari By Making Its Cars More Bespoke And Building More Of Them