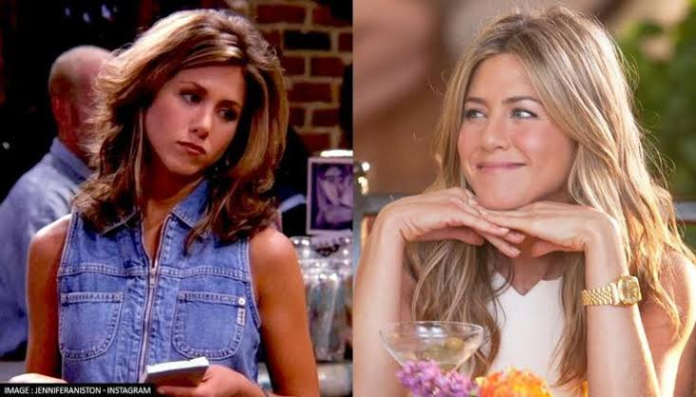 Rachel Green AKA Jennifer Aniston Car Collection and Net Worth

Jennifer Aniston Car Collection is simply amazing having 4 cars for each kind of drive. She owns a Bentley Continental GT and Audi A8 when she has to attend parties and other Formal meets. The actress also owns a SUV like Range Rover and Hybrid car Toytoa Prius when she wanted to ride in to the city.

Jennifer Joanna Aniston is an American actress, producer, and businesswoman. She began working as an actress at an early age with an uncredited role in the 1988 film Mac and Me; her first major film role came in the 1993 horror-comedy Leprechaun. Since her career progressed in the 1990s, she has become one of the world’s highest-paid actresses. Films with her in the leading role have grossed over $1.6 billion worldwide, with 12 of them earning at least $100 million.

Aniston rose to international fame for her role as Rachel Green on the television sitcom Friends (1994–2004), for which she earned Primetime Emmy, Golden Globe, and Screen Actors Guild awards. She has since played starring roles in numerous dramas, comedies, and romantic comedies. Her biggest box office successes include Bruce Almighty (2003), The Break-Up (2006), Marley & Me (2008), Just Go with It (2011), Horrible Bosses (2011), and We’re the Millers (2013), each of which grossed over $200 million in worldwide box office receipts.

Aniston has been included in numerous magazines’ lists of the world’s most beautiful women. Her net worth is estimated as $300 million. She is the recipient of a star on the Hollywood Walk of Fame and is the co-founder of the production company Echo Films, established in 2008.

The actress has this amazing luxury British beauty parked in her garage which is still the dream for many actors the Bentley Continental GT. The car comes with a 6.0-liter W12 engine that can deliver as much as 626 horsepower. The luxury car has a top speed of 333kmph. Also, it can sprint from 0 to 100 km per hour in just 3.6 sec. This is also the most expensive car in her collection wth the price tag of $219,000.

Jennifer Aniston loves protecting the environment as much as she can. It comes as no surprise that she owns Toyota Prius just like her fellow star Lisa Kudrow. She owns this car since 2007. It has been reported that she has bought this car after the recommendation by her neighbor Leonardo DiCaprio. The car comes with a 1.8-liter four-cylinder engine that can produce 96 horsepower and also has an electric motor. The Toyota Prius she owns costs about $30,000.

Audi A8 Owned by Jennifer Aniston is powered by a 3.0-liter TFSI V6 engine that can deliver 335 horsepower. The Audi A8 which the actress owns is priced at about $90,800. This Audi is a luxury sedan that is the costliest from the German brand. The car has amazing interior which is done with leather and wood.