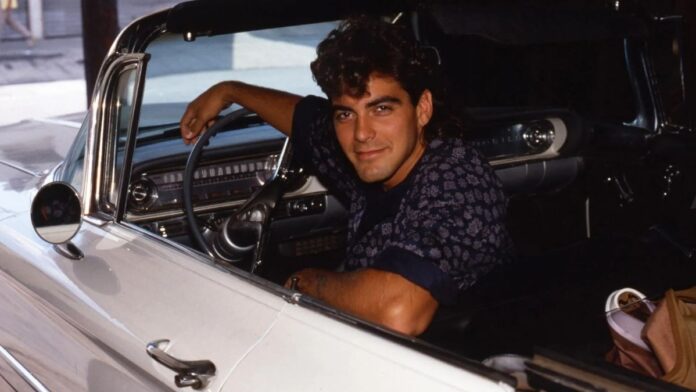 George Clooney’s big break came in 1994, when he earned the part of attractive surgeon Dr. Doug Ross in the American TV series ER, catapulting him to stardom. Clooney was lucky not to break anything when he was involved in a car accident in Sardinia nearly 25 years later, ending up in the ER of Olbia hospital. The Ocean’s Eleven, Out of Sight, and Solari’s star were mostly unhurt, although a little psychological damage was done.

While George’s love of motorcycles and scooters may have ended there, he still has a penchant for automobiles. He doesn’t spend a lot of money on four-wheeled pieces of art (and if he does, you won’t see him driving them), but he buys what he loves, and he has some fascinating choices throughout the years (mostly).

Clooney’s father, Nick (a journalist and TV host), bought the Corvette new and has owned it ever since, but that hasn’t prevented George from getting behind the wheel on a regular basis. That wasn’t always the case, though. Nick, now 86 years old, continues the narrative. Clooney Snr told People magazine years ago, “George always desired my 1959 Corvette, which I bought to pursue my wife.” “He’d always wanted to drive it, and I’d always been hesitant to give him the keys… Throughout his adolescent years, it was a source of controversy.

In 1982, a traffic bottleneck in Los Angeles inspired the Tango T600. Rick Woodbury realized as he sat in his automobile that the answer to addressing the traffic problem was a car that was so small and thin that two could fit in one lane. It took him more than two decades to start Commuter Cars and develop his vision into a battery-powered two-seater design, and the numbers are astounding. Only 39 inches broad and 101 inches long, it can accelerate from 0 to 60 miles per hour in four seconds and reach a peak speed of 150 miles per hour. It didn’t come cheap… Guess who bought the first production model, which cost about £100,000 ($121,000)?

Clooney’s next car, after developing a taste for EVs, was a Tesla Roadster. The all-electric sports automobile has a range of 200 miles and the initial “Signature 100” units. Which sold out in less than a month!. Clooney was so fed up with it that he auctioned it off for charity after driving it for 2,000 kilometers. Musk, on the other hand, was not impressed by George’s critique, and reacted on Twitter: “In other news, George Clooney says that his iPhone 1 had a problem back in ’07.”

The next car in George Clooney Car Collection is the Lexus LS. The Lexus LS is the epitome of secrecy. Clooney’s no-one-will-notice-me-in-this car is ideal for blending in with the crowd and avoiding the paparazzi. This four-door saloon has been the flagship car for the brand dubbed “the Japanese Mercedes” by Alan Partridge for four generations. It is dependable, opulent, and uninteresting.

Here’s something which makes George’s collection better. Clooney’s Porsche Speedster is far more intriguing. This 1993 Carrera 2 cabriolet was created to be a true driver’s vehicle, and only 931 were built between 1992 and 1994, with 427 ending up in the United States. Despite the fact that the Porsche Speedster can be traced back to 1954 and the original 356, the 964 was uncomplicated, eye-catching, and has since become a classic. Clooney’s wife Amal was rumored to be planning to purchase him a GT3 RS for his birthday a few years ago, but George did not get it. He most likely received socks instead, as do many spouses of a certain age.