Reuters reports that in November 2022, India’s fuel demand reached an eight-month high. According to the report, fuel demand in India increased as a result of festivals and an increase in industrial activity in the world’s third-largest oil consumer country. It also claimed that fuel consumption in India increased by 2.4% in November, reaching 18.84 million tonnes last month, up 10.2% from the same month a year ago.

Every year, the holiday season helps to boost fuel demand because people consider this time of year to be auspicious for purchasing new vehicles. Furthermore, the holidays during this season increase travel activity across the country, resulting in higher demand for gasoline and diesel. According to the report, analysts believe that the high fuel consumption will continue in the coming months. 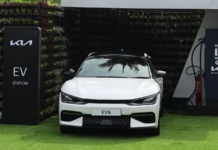