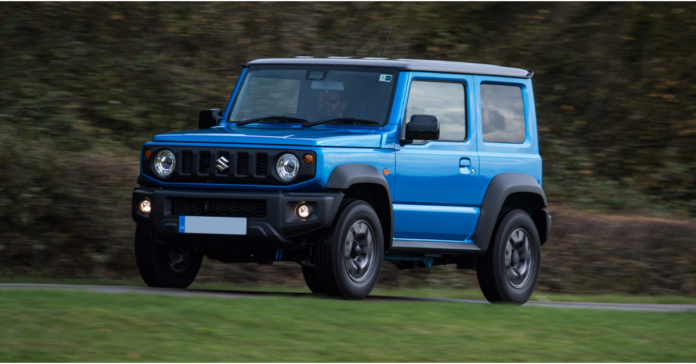 Maruti Suzuki is developing a number of new SUVs for the Indian market. In 2022, the company will release the new Brezza and a new mid-sized SUV codenamed YFG. Furthermore, the company is working on a new Coupe SUV codenamed YTB, which is expected to be released in 2023. MSIL is also thinking about bringing the new Suzuki Jimny to the country.

The Indo-Japanese brand debuted the three-door Jimny Sierra at the 2020 Tokyo Motor Show. According to a recent media report, Maruti Suzuki has received market feedback on the new Suzuki Jimny and is currently evaluating market plans. Shashank Srivastava, executive director, sales and marketing at Maruti Suzuki India, told Business Today TV that the possibility of bringing the Jimny to India is being considered.

Maruti Suzuki currently has two SUVs on the market: the Brezza and the S-Cross. While the Brezza will be updated soon, the S-Cross will most likely be replaced by a new mid-sized SUV. In the Indian market, the SUV segment’s share has increased from 32% to 40%.

For those who are unaware, Maruti Suzuki already manufactures the Jimny lifestyle SUV in Gurugram, Haryana. Currently, the SUV is exported to a few international markets.

According to previous media reports, MSIL will launch a long-wheelbase 5-door version of the Jimny lifestyle SUV in India. The new model is scheduled to go on sale in the United States in 2023. According to the leaked documents, the 5-door JImny will be 3850mm long, 1645mm wide, and 1730mm tall, with a 2550mm wheelbase. This makes it about 300mm longer than the 3-door Jimny sold in the rest of the world. The Jimny 5-door has 210mm of ground clearance and weighs 1,190kg, which is 100kg more than the compact version.

The new lifestyle SUV will be powered by a 1.5-litre K15B petrol engine producing 102bhp and 138Nm. The new 115bhp, 1.5L K15C petrol engine could also be used by the company. The engine will be outfitted with 12V SHVS mild hybrid technology. There will almost certainly be both manual and automatic versions available.