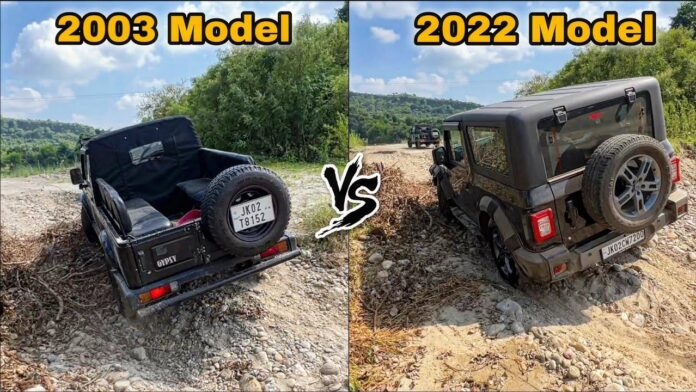 In this video, a 19-year-old Maruti Gypsy and several Mahindra Thar SUVs can be seen drifting in an off-road setting. The YouTuber is well-known for his videos about off-roading SUVs. He frequently goes off-roading in large SUVs with his friends and does a variety of things. Fun and vehicle performance testing are the goals of this activity. This time, he goes to an off-roading location with his Gypsy and a few Thars of his friends to perform drifts.

When the group gets there, the river is not very high. The area surrounding the river is very open. There are numerous opportunities for adventure along the river’s broad bed. The group participates in activities that involve river crossing by taking advantage of the topography. Additionally, the Thar’s owners decide to compete against one another in drifting. Now that the traction is restricted, drifting cars on off-road surfaces is difficult. In addition, there may be numerous obstacles on the ground that could harm the SUVs’ tyres.

However, these are seasoned car owners who frequently perform these tasks. Because of this, they are able to perform drifts that are so slick and expert. All Thar owners successfully complete drifts with no vehicle problems. It should be noted that they perform these stunts in remote areas. In case they become stuck somewhere, they also have recovery vehicles with them. In actuality, they occasionally become stuck. As a result, you shouldn’t try to copy them since doing so could put you in danger.

In the last stage, the team emerges from the water one by one and scales a small obstacle to land on a plane. The Gypsy ascends the slope first and with relative ease. Following are the Mahindra Thar SUVs. Despite the fact that it appears to be a little difficult at first glance, no SUV had any problems ascending. Please share your thoughts on these machines’ capabilities with us.