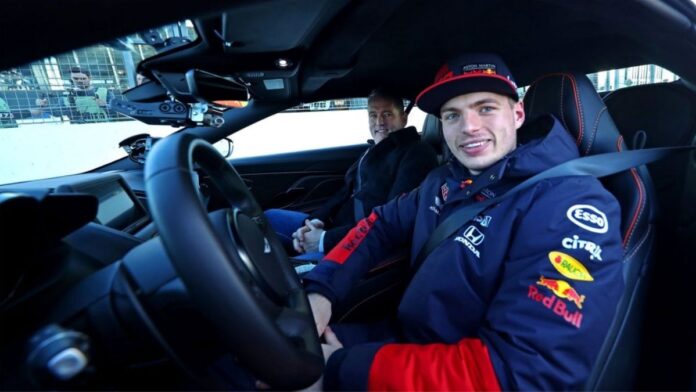 Max Verstappen is now of the known Formula 1 drives and a World Champion of the 2021 season where defeats the 7-time title winner Lewis Hamilton with a difference of 8 points. Racing for Redbull for he’s been the youngest driver to score a point and a race win. Well, as we see the new Formula 1 cars Redbull has come up with a championship-winning car. There are possibilities to win it this year by Max. On that note, after winning a Formula One Championship the drive is awarded from $19 million to $35 million USD. Making his net worth $60 million with an annual salary of $25 million.

Being a Formula One driver is thrilling in and of itself, but the additional perks really sweeten the pot. Verstappen has had access to some of the greatest vehicles built for quite some time thanks to Red Bull’s sponsorship arrangement with Aston Martin. Verstappen has previously stated that he dislikes driving in public, but with this collection of vehicles, you’d believe the reverse is true.

Max’s first car on the list is the Aston Martin DB11. Drive around in a stunning DB11, James Bond’s street-legal variant of the DB10. Verstappen, on the other hand, has been known to swap in his Aston Martins on a frequent basis. His DB11, for example, was superseded by the Vantage.

Another Aston in the Champions collection is the Vantage. The Vantage was switched in for the super-fast DBS Superleggera, which Verstappen had previously driven on circuits. With a V12 engine capable of reaching 100 km/h in under 3.5 seconds, this is a true force of nature. The Vantage Costs over $150,086 USD and is pretty great to drive around the track.

Max also has the Aston Martin DBS Superleggera in his garage, in addition to the DB11 and the 2018 Vantage.

However, it doesn’t appear like Verstappen made much use of it since the odometer had barely reached 2,000km before the Dutchman returned it. The V12 engine and 725 horsepower it produces may be yours for €350,000 if you have some more cash to invest.

Topping it all off, there’s Aston Martin’s and Red Bull’s flagship project, the Valkyrie hypercar. Adrian Newey’s “baby,” is powered by a 6.5-liter V12 engine. The vehicle has not yet been delivered.

Despite the fact that Max has been a Red Bull driver for several years, he has added a Ferrari to his personal collection. Verstappen is said to have purchased the Ferrari Monza SP2, one of the Scuderia’s most exotic vehicles, in June of last year.

The list of people who possess this automobile is impressive, with names like renowned chef Gordon Ramsay and AC Milan player Zlatan Ibrahimovic among the owners. The 6.5-liter V12 engine in the Monza SP2 accelerates from 0 to 100 km/h in 2.9 seconds and has a peak speed of almost 290 km/h owing to its 850 horsepower.

Given that it is claimed to have cost the Dutchman €1.6 million, it isn’t a terrible addition.

The Ferrari 488 Pista in the garage of the Red Bull driver has 720 horsepower and can reach 100 kilometers per hour in 2.85 seconds. The vehicle combines the knowledge gained by the 488 Challenge and the 488 GTE while racing on the world’s most prestigious circuits.

The automobile, which was first revealed at the 2014 Moscow International Automobile Salon, takes at least five months to manufacture. Verstappen initially drove the car in May 2015 at a Renault-sponsored event, and it left a lasting effect on him, prompting him to add it to his collection.

What better way to commemorate your first Formula One win than with a car? After being promoted from Toro Rosso, Verstappen won his first race for Red Bull at the 2016 Spanish Grand Prix. He became the youngest winner in the race’s history, as well as the first Dutch driver to reach the top step of the podium.

According to the Swiss tabloid Blick, Verstappen celebrated his victory by acquiring a Porsche 911 GT3 RS for over $400,000.

Given that Max was only 18 at the time, it’s no wonder that he requested permission from Jos and his manager before proceeding with the purchase.

Verstappen is said to have a private plane, which is not in his garage and surely not a car. The Falcon-900EX said to have been acquired from Sir Richard Branson, completes the Dutchman’s amazing collection.

Top 5 Worst Ferrari Models Ever Made | Pathetic Ferraris Ever