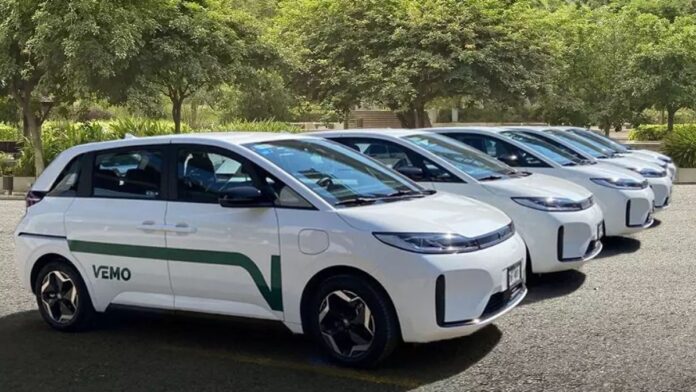 Vemo, a Mexican EV taxi operator, has placed an order with BYD for 1,000 electric vehicles to grow its fleet. The vehicle in question is the BYD D1, an electric minivan intended specifically for ride-hailing that was debuted in 2020. According to BYD, the Mexican fleet of D1 electric taxis will be the world’s largest outside of China.

The BYD D1 was created in partnership with DiDi, an automobile rental firm. Apart from major Chinese cities, the EV has already begun taxi service in Mexico. The D1 features a 134 horsepower (100 kW / 136 PS) electric motor with a peak speed of 130 km/h that is electrically restricted (81 miles). The 70 kWh BYD Blade lithium iron phosphate battery provides a range of 418 kilometres (260 miles) between charges.

The Chinese minivan is 4,390 mm (172.8 inches) long and features a passenger-side sliding door for easy access to the cabin. The rear passengers enjoy ample of legroom and headroom, as well as access to displays and reclining tables fixed on the seatbacks. A Level 2 ADAS suite is also included in the zero-emission ride-hailing car.

According to Vemo, utilising 1,000 BYD D1 units instead of conventional vehicles will cut carbon emissions by 20,000 tonnes per year, which is equivalent to growing one million trees. Vemo has also purchased additional electric cars from Chinese automakers, including the BYD Yuan SUV and a number of Yutong buses, in addition to the BYD D1.

Read more: Stellantis To Start Building EVs In Serbia From 2024