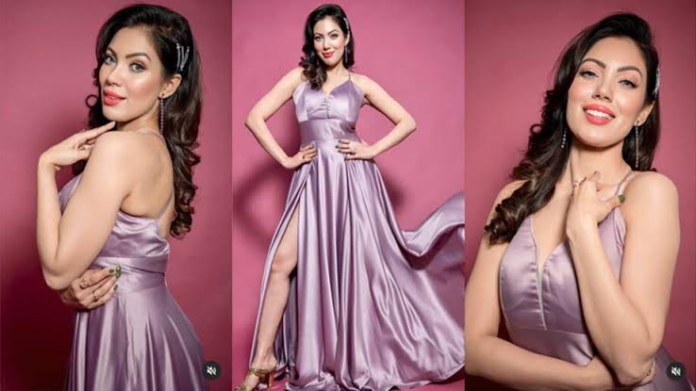 Tarak Mehta Ka Ooltah Chasma the most loved Indian Television Comedy Serial. All the characters are very much loved by theirs fans. However, still there is some special characters who are very special for their followers. Especially on screen Munmun Dutta aka Babitaji and Jethal Aka Dilip Joshi chemistry is very popular as well entertaining.

As per media report, Munmun Dutta family wants Munmun’s career in singing or TV reporter but Munmun pursued carrier in acting and modelling.

Munmun is seen very stylish in TV serial in the same way she is very stylish and fashionable in real life as well. He joined Tarak Mehta Ka Ooltah Chasma in very beginning in 2008, she is the part of TV serial from the starting. Before that she also works in many other movies like Mumbai Express and TV serial Hum Sab Baraati.

Munmun Dutta owns this car very recently and among the very latest collection. Munmun used this car very occasionally mostly while traveling with his family.

In India the car is powered by 2.3 litre 4 cylinder petrol and diesel engine options which produces 150 bhp and 343 Nm of torque with an 5-speed manual gearbox and this is one of the best selling from MUV from Toyota. The cost of the car ranges from Rs 16 – Rs 24 lakh(ex-showroom).

Munmun bought this car few years back, and she use this car for very personal works this car also among the Babitaji primary car.

In India the car is powered by 1.0 litre 4 cylinder petrol engine only which produces 88.50  bhp and 113 Nm of torque with an 5-speed manual gearbox and this is one of the best selling from sedan from Suzuki. The cost of the car ranges from Rs 5 – Rs 10 lakh(ex-showroom).