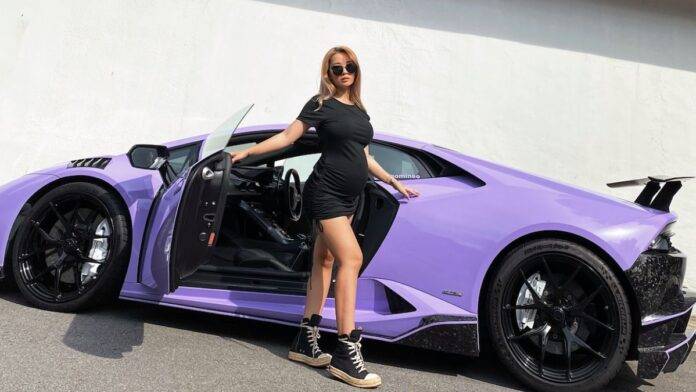 Naomi Neo’s car collection recently landed her in hot water with netizens. Naomi was an early adopter of YouTube as a platform for professional content creation and vlogging in 2012. Since then, she has been consistently producing lifestyle content, and she now has over 495k subscribers on YouTube, 1.6 million on TikTok, and 671k followers on Instagram. Netizens slammed her for posting a vlog about purchasing a Lamborghini Huracan during the pandemic. People thought that ‘boasting’ about having a supercar during the pandemic was inappropriate.

Naomi purchased a used purple Lamborghini Huracan in 2020, just as the pandemic began. She does, however, clarify that she had planned it for over a year. Furthermore, continuing with the decision to purchase the supercar during the pandemic was intended as a motivational act for others to pursue their dreams. Furthermore, she did a lot of charity during that time that few people were aware of. Her Huracan has been heavily modified. The supercar costs around $600,000 SGD in total (approx Rs 3.56 Crore when converted to INR).

The 5.0-liter engine in this fire-breathing monster produces a whopping 631 hp and 565 Nm of peak power and torque. The 0-96 km/h sprint is completed in 2.5 seconds by this powerful beast. She has since shared photos of herself with the Lambo, which she has now painted blue.

In 2018, however, she purchased her first car, a Mercedes C-Class. It was powered by a 1.5-liter 4-cylinder petrol hybrid engine that produced 194 hp and 280 Nm of peak power and torque. With the RWD configuration, this engine was mated to a 9-speed automatic transmission. The acceleration from 0 to 100 km/h took only 7.7 seconds, and the top speed was limited to 239 km/h. The starting price was approximately $229,000 SGD (approx Rs 1.36 Crore when converted to INR).