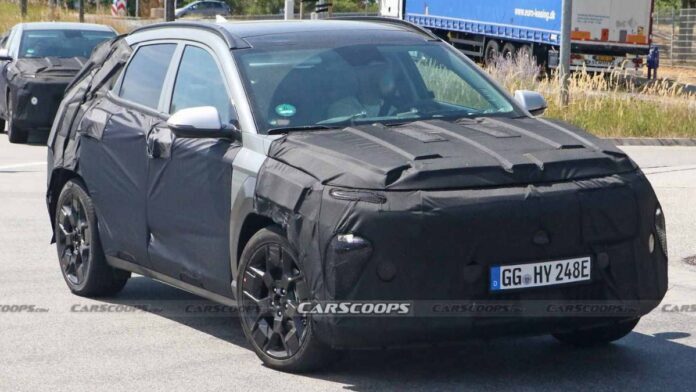 While Hyundai has yet to reveal further information on the impending Kona, here is what we know so far, including when this new electric crossover will be available in India. A redesigned front grille, updated headlights, top-mounted LED DRLs, and new alloy wheels are among the stylistic upgrades shown by the test mule.

Hyundai is also expected to provide a redesigned front and rear bumper, new LED tail lights, and a revamped ORVM design. Furthermore, the next-generation Hyundai Kona electric is likely to be larger in size and to have a sharper look, similar to other Hyundai SUVs such as the new Tucson and the Ioniq 5.

Interiors, like the exteriors, are slated to receive a redesigned dashboard layout, new amenities, and a more pleasant second-row experience. According to what we know so far, the 2019 Hyundai Kona electric will have a digital instrument console that extends to connect with the centre infotainment system.

To break up the monotony of the colors, the dashboard will also have metal-style accents, slim air vents, and real buttons and knobs in the centre. The Hyundai Kona Electric will have automated climate control, a big panoramic sunroof, electrically operated mirrors, an auto-dimming IRVM, a power-adjustable driver’s seat, front seat ventilation, and other features.

You May Like:  Hennessey Venom F5 Hypercar Hits 271.6 MPH In The Latest Test

While no official details have been released, the future 2023 Hyundai Kona is believed to share its powertrain with the Kia Niro EV, which has a 201 horsepower electric motor. This electric motor is powered by a 64.8 kWh battery pack with a claimed range of 463 kilometres. This revolutionary electric crossover will make its global debut in 2023, after which it will be launched in Indian market.