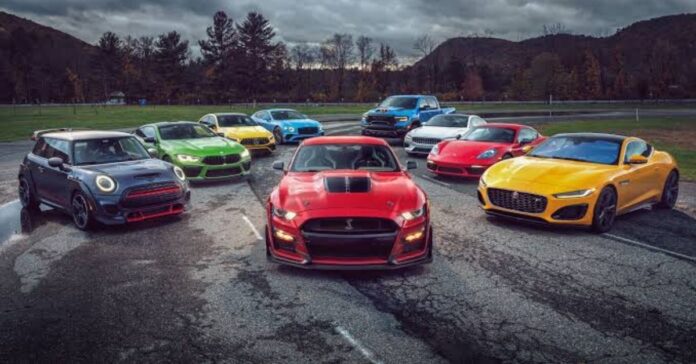 These Divisions Make Some Phenomenal Beasts !!

There are many companies that make Commercial/Passenger Vehicles. But producing high-performance vehicles is a whole different thing. Sometimes due to customer demand or racing needs, companies produce sporty variants of existing models. Their sales figures are also very good.

But When it comes to raw performance, only tuning the engine doesn’t make much difference. It takes a whole lot more than that. However, a company can’t stop ongoing production for a better model. Thus, these divisions assist while designing the vehicle and also work on a speedy model of the same. Let’s take a look at the performance divisions behind some phenomenal cars:-

You must’ve seen the Quattro Moniker on various Audi models. That is the former name of Audi’s performance division, currently known as ‘Audi Sport’. Its former name is a homage to Audi’s original four-wheel-drive rally-inspired road car, the Audi Quattro. The core products of this division are Audi RS4, RS6 and R8.

Chevrolet Performance is the brand that helps develop Chevrolet’s high performance vehicles. It also supports teams in nearly every form of automotive racing. It has aided in development of Chevrolet Camaro’s ZR1, ZL1, 1LE, SS and COPO Camaro variants. Other than this, the company also sells everything from camshafts and cylinder heads to crate engines and upgrades for late-model vehicles.

Nowadays, it is nearly impossible to imagine Performance Dodge models that don’t wear an SRT badge. It was formerly known as Performance Vehicle Operations which used the SRT brand, thus getting renamed the same. It was consolidated under the Dodge brand in 2014. Before that, it used to tune and produce vehicles for Chrysler, Dodge and Jeep brands.

Renowned for the performance variant of the popular Fiat 500, Abarth C. S.p.A is an Italian racing and road car making division of Fiat. Its founder Carlo Abarth sold the company to Fiat on 31st July 1971. Alongside cars, Abarth collaborated with Yamaha to produce a limited-edition motorcycle in 2017. It is the Yamaha XSR900 Abarth.

Formerly known as Ford Racing, Ford Performance is the high-performance division of Ford Motor Company. It is the multinational name used for its Motorsport and racing activity. The Ford Team RS and Special Vehicle Team merged into a global entity, thus forming the division. After this, the newly-formed division has produced iconic vehicles such as Ford GT, Focus RS and F-150 Raptor.

Hyundai’s N marque is the high-performance division of cars produced by Hyundai. The first N-branded vehicle was 2017’s i30 N. The famous models are i30 N (2020), Kona N, Veloster N and i30 Fastback N.

The Lexus F marque produces high-performance cars for Lexus. The F is short for Flagship and Fuji Speedway. It has also been associated with the brand’s racing activities. The IS-F sedan was the debut vehicle for the F marque. It is founded in 2006.

Mazdaspeed, often stylized as ‘MAZDASPEED’ is Mazda’s in-house performance division. The company builds production model vehicles and offers high-speed parts and accessories. Since its inception, it is also involved in motorsports. Its most-known consumer model is MazdaSpeed3, which was introduced in 2007.

Also Read: Top-selling sedans in the US in 2021

One of the most popular performance brand is the AMG. The high-performance subsidiary of Mercedes-Benz AG is Mercedes-AMG GmbH, commonly known as AMG. The AMG models have aggressive looks, better handling, stability and extensive Carbon-fibre use than the regular Mercedes models. It also provides engines for Pagani’s Zonda and Huayra cars. AMG is also in a technical partnership with Aston Martin Lagonda Ltd. from 25 July 2013.

Nissan Motorsports International Co. Ltd.; abbreviated as Nismo is the performance subsidiary of Nissan Motor Company. It was formed in 1984 as a result of the merger of two motorsport departments. The notable products of Nismo include the GT-R, 370Z, Juke Nismo and Sentra.

Renault also has a performance and Special Vehicles division called Renault Sport. It was established as a merger between Alpine and Gordini competition departments. In January 2021, it was announced that all the Renault Sport racing operations would be merged into an Alpine-led business unit. Notable models of RS are the Renault GT/RS line, Twingo GT, Captur RS and others.

Subaru’s performance division is known as Subaru Tecnica International or STI. It was founded in 1988 by Subaru Corporation to promote the company’s performance-oriented identity. The division specialized in a variety of vehicles for the Subaru World Rally Team for competing in the World Rally Championship (WRC). These were the people behind the development of the famous rally car, Impreza WRX STI. Other vehicles include the Subaru Forester and Legacy models.

Toyota Gazoo Racing (or TGR/ Toyota GR) is a motorsport/performance brand of Toyota. The GR brand is also used for some performance-oriented road cars like GR Supra and GR Yaris. In 2021, another model was added to the list; the GR86.

The brand used by German Auto Manufacturer Volkswagen to indicate a sport or high-performance model is ‘Volkswagen R’. To indicate the trim level, an R-badge is placed on the grille, front fenders and trunk of the R-models. Several Volkswagen models offer the R-line trim level since 2011, staring from Volkswagen CC.