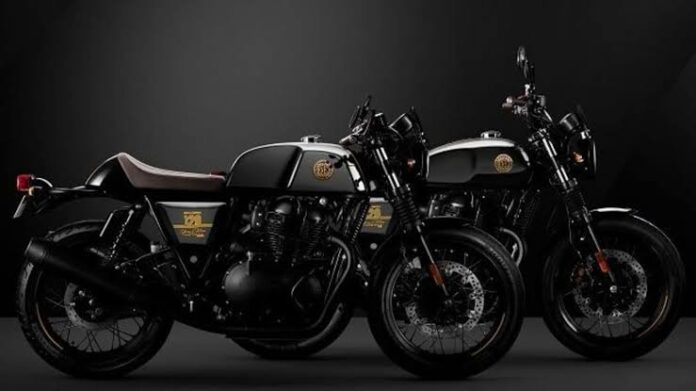 These limited-edition motorcycles, designed and produced by Royal Enfield staff in the UK and India, reflect characteristics that are distinctive to the company and its past. Both motorcycles have a unique black-chrome colour scheme, which is supplemented by blacked-out components such as the engine, silencer, and other parts, which come in a variety of black colours. On the fuel tank, the motorcycles have a hand-crafted, one-of-a-kind die-cast insignia with RE hand-painted pinstripes. The motorcycles come with a variety of attachments, including flyscreens, engine guards, heel guards, touring, and bar end mirrors, among others, all of which are blacked out to match the overall appearance.