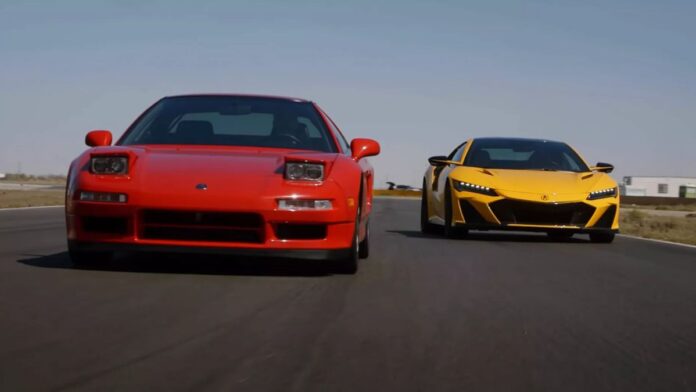 The existing NSX has never been very popular with purchasers, but there’s no doubting that Acura has created something exceptional with the Type S model.

The Type S was built by Acura to send the NSX goodbye in style. It has been overhauled in terms of aesthetics and aerodynamics, but most critically, some significant alterations have been done underneath the skin. Throttle House recently took the car through its paces, bringing along an original 1999 Acura NSX with them.

This wasn’t just any NSX, though; it was a limited-edition Alex Zanardi model, with just 51 copies sold in North America. This variation of the original NSX is so popular among enthusiasts that one with 12,000 miles (19,300 km) on the clock sold for $277,000 in September 2020.

The new NSX Type S is obviously not the same as the NSX Alex Zanardi. The original, for example, weighs about 1,000 pounds (453 kilogrammes) less than the current car and was only available with a six-speed manual transmission.

The host remarks on how quick the new car is and how good the retuned gearbox is while driving it on the course. The hybrid powertrain’s noise is also superior to non-Type S vehicles, and the reviewer claims that when driven at speeds comparable to those seen on a mountain road, the NSX Type S is one of the most confident and easy-to-drive supercars he has ever driven.

When pushed to its limits, however, the NSX Type S does not perform as well. In fact, it has a startling degree of understeer, and unseating the rear of the car is impossible.