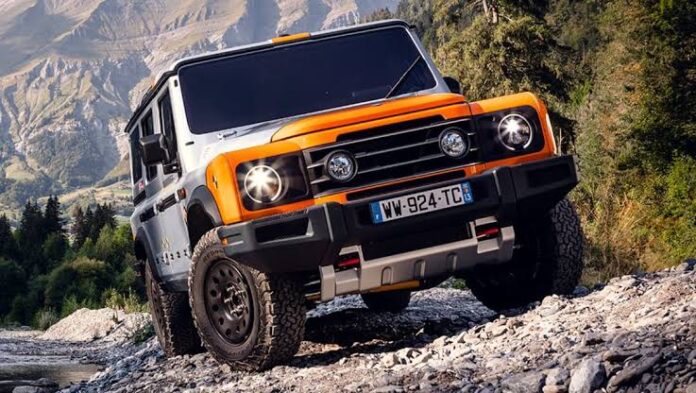 More and more manufacturers are developing vehicles that are factory off-road ready as the market for off-roaders is currently growing. Many of those cars aren’t off-road capable, but some of them are. A 4×4 that will overpromise but underdeliver is clear to the skilled eye. However, the marketing materials of businesses may be sufficient to persuade those who are unfamiliar with this sector to the contrary. The top ten 4x4s on the market right now for off-road driving are listed below. The criteria for this list include both aftermarket support and factory off-road capabilities. There are many instances of vehicles that are quite capable right out of the box but cannot be efficiently upgraded.

In essence, the Jeep Gladiator is a JL Wrangler that has been expanded and added a bed. The essential elements are still the same, even though there are minor improvements that allow the Gladiator to tow and haul more weight. You still receive three lockers, sway bar disconnects, and four corner coil-sprung solid axles. As a result, the Gladiator is among the best off-road pickups available. Sure, it won’t equal a Raptor’s desert-bashing prowess, but a Raptor can’t compete with a Gladiator’s rock-climbing skills.

Similar to the 4Runner, the Toyota Tacoma has a similar history. Because the truck’s foundations are comparable, it is a truck that endures for a very long time. The Tacoma’s rear axle uses leaf springs, which aren’t as effective for off-road driving, but it still performs admirably on the dirt thanks to features like crawl control, off-road suspension, and good clearance. Since the Tacoma is well-liked across the nation, there is a wide range of aftermarket support available. Although it lacks the characteristics of the Gladiator or Raptor, the Tacoma will be a good vehicle for you for a long time.

Similar to the LX 570 in some ways, the Lexus GX 460 is built on the 150 Series Prado’s chassis rather than the 300 Series Land Cruiser’s. The Prado is a vehicle that has established itself in Australia’s severe settings and is renowned for its toughness and excellent off-road capabilities. Again, this won’t be an outright tough off-roader, but it’s an excellent vehicle to perform tasks similar to those of the LX 570 at a cheaper cost. Some would contend that the LX 570 is a superior option because of its size, which enables customers to navigate some narrower and trickier routes.

The brand-new Ford Raptor R is a powerful vehicle. Any off-road path you throw at it will be no match for its 700 horsepower and upgraded suspension. It comes equipped with 37-inch tyres as standard, a powerful Predator V-8 from the Shelby Mustang GT500, and all the necessary off-road equipment. This vehicle, unlike the majority of new 4x4s, can be pushed hard in its standard configuration because to the Fox shocks and strong axles. The standard Raptor has a V-6 and a similar suspension setup with fantastic capabilities if you’re looking for something a little more affordable.

The Ford Raptor and Ram TRX both compete for the same consumer base. The Ram TRX will be able to smash through anything, even dunes and large rocks, thanks to its massive 702 horsepower V-8, extraordinarily strong suspension, gigantic tyres, and plenty of wheel travel. Due to its size, it will have trouble on narrower trails, but if you release all that power on a wide-open route, it all makes sense. It must be acknowledged, though, that the new Raptor R might come with what appears to be a more advanced rear suspension setup. Real-world testing and time will be the only judges.