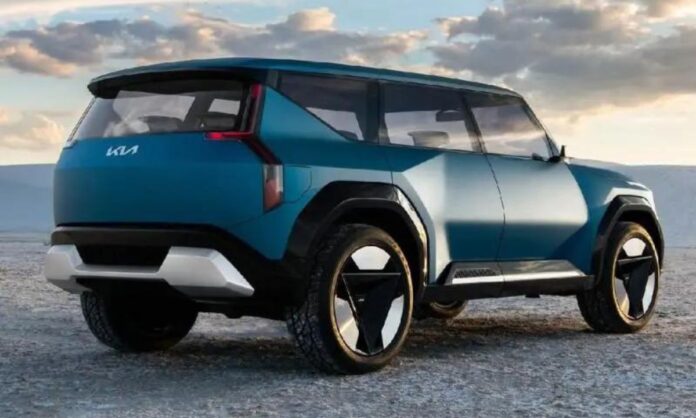 The Auto Expo 2023 will focus on breakthrough green technology, electric vehicles, and electric transportation solutions. The 16th iteration of the auto show included a variety of upcoming electric vehicles, including the Maruti Suzuki eVX, the Toyota bZ4X, the BYD Seal, and the Kia EV9. Here, we provide a brief overview of the top 5 new electric SUVs that will arrive in India soon.

SUVs that will soon be electric

The event’s star attraction for the brand was the Maruti Suzuki eVX concept. The Indo-Japanese automaker’s electric SUV, codenamed YV8, will be the first born-electric vehicle sold in the nation. Its ultimate version will hit the market in 2025 and compete with the Hyundai Creta EV, which is presently in the early stages of development. The eVX idea features dimensions of 4300mm in length and 2700mm in wheelbase. It features a 60kWh battery with a range of roughly 550km and showcases the brand’s new design language.

One of the much anticipated new electric SUVs in India is the Tata Harrier EV. At the 2023 Auto Expo, the car made its debut in concept form. The automaker has declared that the EV will be available for purchase in 2024. It is based on Tata’s Gen EV architecture, a substantially modified version of the Omega platform. The electric SUV has the ability to charge other electric cars and external devices via V2L (vehicle-to-load) and V2V (vehicle-to-vehicle) charging, respectively. It might be sold with a battery pack that is about 60 kWh in size and has a 400- to 500-kilometer range.

Sometime in 2025, the Tata Sierra will be available for purchase in India. The new Sierra SUV will also be available with a gasoline engine. The automobile manufacturer hasn’t yet provided technical details on its electric drivetrain. It will immediately compete with the Mahindra Scorpio-N here. The close-to-production version, in contrast to the concept, has a real five-door design, a redesigned false front grille, a sporty bumper, dual-tone alloys, blacked-out C and D pillars, and a sizable glasshouse.

At the Auto Expo 2023, Tata Motors displayed the Curvv SUV coupe in a state that was close to being in production. Beginning in 2024, the vehicle will compete against mid-size SUVs including the Hyundai Creta, Kia Seltos, Maruti Grand Vitara, and Toyota Hyryder. Tata’s “New Digital” design language is used in the concept’s futuristic and minimalist appearance, which includes features like a sloping roofline, squared-off wheel arches, a prominent shoulder crease, and body cladding all over the body. The Tata Curvv will be offered with both gasoline and electric powertrain options, just like the Sierra SUV.

The electric SUV concept from Kia, the EV9, is unquestionably one of the main draws of the 2023 Auto Expo. The model was on display at the Los Angeles Auto Show in 2021 before making its debut in India. Its design is based on the E-GMP (electric global modular platform) architecture, just like the Kia EV6. With a full charge, the concept’s 77.4kWh lithium-ion polymer battery pack can go up to 483 kilometres. It supports the newest ultra-fast charging technology and has a 350kWh charger, allowing it to charge 10 to 80 percent in 20 to 30 minutes. Twin motors are set up with a FWD arrangement in the EV9 design. It can accelerate from 0 to 100 kph in under 5 seconds.