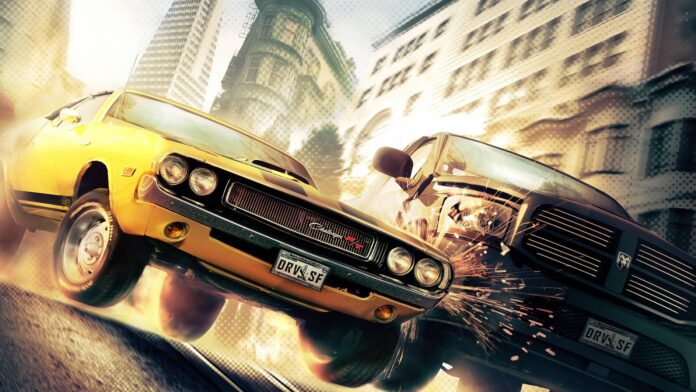 Racing games are one of the most popular genres in gaming. Once fans start to like a game, they can’t wait for the next iteration to launch. The cars, the thrill of speed and the joy of winning a race are incomparable with other genres. There are many successful titles like Forza and Need For Speed. But we can’t deny that there are also many games that are gems hidden under poor critic reviews. Let’s take a look at the top 5 underrated racing games:-

The uniqueness of Blur is that vehicles can employ weapons against each other, and it plays out like a kart racer version of Need For Speed: Underground. Blur is quite well-features numerous tracks and a large number of licenced automobiles to pick from. The game’s major flaw is that it’s quite challenging for what is apparently a sophisticated version of Mario Kart, but aside from that, it’s one of the most enjoyable driving games that doesn’t get nearly enough recognition. It is a very innovative yet underrated racing game.

Read More: The 5 Best Racing Games to Play on Your Smartphone !

Most racing games tend to get the weekly game dumps, as they are rarely given top priority. Trackmania Turbo is not one of them. It is easily one of the most enjoyable arcade racers on Sony’s system. It has a diverse set of tracks that straddle the line between rollercoasters and racetracks. Even if the community is not really active online, there is indeed a decent campaign and a fun multiplayer.  Trackmania Turbo’s stunt-driven gameplay sets it apart from its competitors.

You May Like:  Best Classic Lamborghini Cars Ever Manufactured

Split/Second was a Disney property from the beginning. However, not everything Disney makes is a hit, and Split/Second gained a lukewarm response upon its initial release. The game is comparable to Burnout Paradise, which focuses heavily on destruction. The innovation here was that destruction potentially opens up alternate courses and alters the course layout as the race progresses. It was a unique concept that we hope to see implemented again in the future.

Not all NFS games have been huge hits. NFS Carbon is the successor to the most popular game in the series (i.e. the fan-favourite). Yet it failed to perform better. The game is set in Palmont City, and players manage a variety of street-race gangs. Carbon has been criticized for not being as inventive as its predecessors. Regardless, what makes Carbon unique are the canyon duel races, Nitros, and superb cutscenes that rival some of the finest games on PS2. It offers extensive customisation, allowing users to design their own body kits rather than simply selecting them. It is really the most underrated Need For Speed game of all time.

Here comes the topper of the list of top 5 underrated racing games; Driver San Francisco. The narrow, hilly streets of San Francisco may not seem perfect for a racer, but Driver: San Francisco manages to pull it off magnificently. Reflections was the developer studio of the game. The same studio that created Stuntman, that’s why driving is unquestionably amazing and far superior to any arcade racer. There’s also a good story that’s surprisingly engaging, and it’s the first game in the series to incorporate licenced vehicles.