Yamaha R15 V4-rival Honda CBR150R to be launched in India? 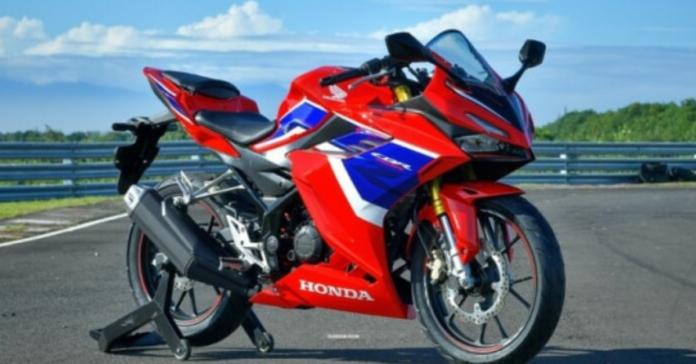 With the growing popularity of entry-level performance bikes in the country, Honda appears to be preparing the next-generation CBR150R. In this regard, the business has filed a patent for the bike. The future Honda CBR150R will compete against the Yamaha R15 V4 once it is presented in the country.

In Indonesia, Honda unveiled the next edition of the CBR150R sportbike in 2021, with a starting price of Rp. 35,900,000. (INR 1.90 lakhs, direct conversion, approximate). It’s a significant change, as the new CBR150R comes with golden USD front forks and twin LED headlights similar to the CBR250RR.

The side fairings and various other body panels have also been upgraded to distinguish the 2022 model from the previous-generation vehicle. The CBR150R is a true race machine, with a sharp front end and aerodynamic body panels. Its larger brothers, the CBR500R and CBR650R, are also influenced by its design.

There have been no mechanical changes, and the New Honda CBR150R is still powered by the same 149.1cc single-cylinder, liquid-cooled, 4-valve engine that produces 17.1HP and 14.4Nm of peak torque. A 6-speed transmission is linked to the engine.

The old-gen vehicle’s all-digital instrument console is carried over to the new model. Dominator Matte Black, Matte Black, Victory Black Red, Honda Racing Red, and Orange-White are the five colours offered for the new edition of the bike (MotoGP Edition).