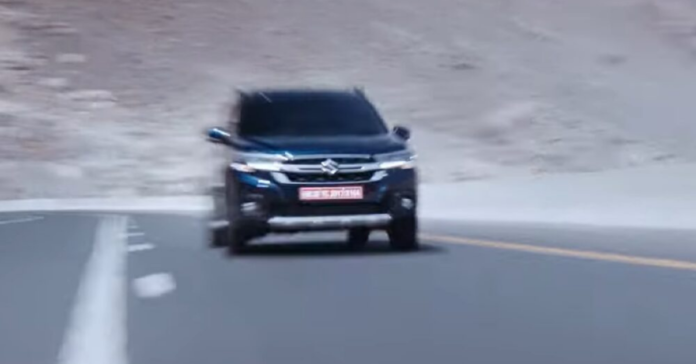 Maruti Suzuki has released a new teaser video for the 2022 Maruti XL6 facelift, which will hit the market on April 21, 2022. The teaser includes Ranveer Singh as the brand ambassador and displays the MPV’s freshly styled front grille. The headlamps are joined by a chrome bar, and the fog lamp assembly has a black surround, as well as body-colored ORVMs, which appear to be carried over from the present model.

The MPV will be equipped with a new set of 16-inch dual-tone alloy wheels, replacing the previous alloys. The front and back bumpers will be updated as well. The upgraded Maruti XL6 facelift will get a new 6-speed torque convertor automatic transmission with paddle shifters, according to the video. The old 4-speed automatic transmission will be replaced by this new unit.

Read More: Maruti Suzuki XL6 Facelift Is Set To Get This First-In-Segment Feature

The new XL6 will also come with the latest-generation 1.5L K15C Dualjet engine, which features two injectors per cylinder for better fuel injection control. It’s the same engine that powers the Maruti Ertiga, which was just released. It produces 103bhp and 136.8Nm of power and torque, respectively.

The new XL6 makeover will have more features than the previous model. A 7-inch touchscreen infotainment system with SmartPlay studio that supports Android Auto and Apple CarPlay will be one of the primary updates. The premium MPV will be equipped with Suzuki Connect telematics, just like the new Ertiga. On-board features include a 360-degree camera, heated seats, and a tyre pressure monitoring system.