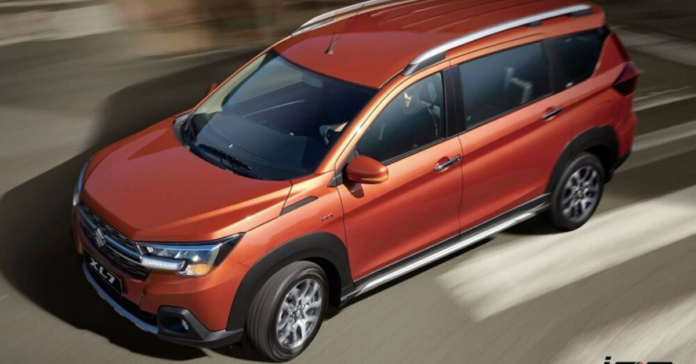 On April 21, 2022, Maruti Suzuki will introduce the new XL6 facelift to the Indian market. With a token payment of Rs 11,000, interested purchasers can pre-book the Suzuki XL6 for 2022 online or at a NEXA shop. Two new teasers for the new XL6 makeover have been officially revealed by the firm.

The new teaser confirms that the 2022 Suzuki XL6 will feature a 360-degree vision camera, which will be a segment first. The SUV will come with a 7-inch SmartPlay Pro+ touchscreen infotainment system that supports Apple CarPlay and Android Auto. When parking and travelling at low speeds, the MPV will include four bird eye view cameras, which will provide a 3D all-around perspective.

The new XL6 facelift will feature stylistic improvements such as a new front grille, reworked bumpers, and an improved lighting system. It will also be fitted with new alloy wheels. New seat upholstery, wireless phone charging, automated air conditioning, updated aircon vents, and other features will be included in the MPV. Nexa Blue, Brave Khaki, Arctic White, Opulent Red, Splendid Silver, and Grandeur Grey are said to be the six colour possibilities. It’ll probably be available in two trim levels: Zeta and Alpha.

The most significant alteration will occur beneath the hood. A new 1.5-litre K15C dualjet petrol engine will power the Suzuki XL6 makeover in 2022. It will be equipped with a new 6-speed torque converter automatic gearbox, which will debut with the Ertiga facelift.

The new 1.5L K15C petrol engine is expected to produce roughly 115bhp, giving the crossover-MPV an additional 10bhp. A 5-speed manual and a 6-speed torque converter automatic transmission will be available. The new MPV will meet the impending CAFE 2 standards, which will go into effect in April 2022.