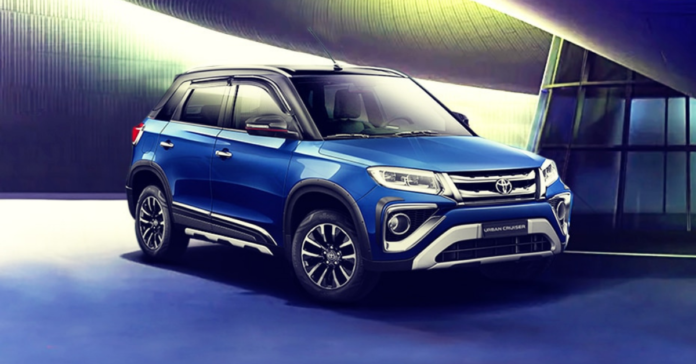 The Toyota Urban Cruiser 2022 is slated to debut in mid-2022, most likely in June of this year. Significant design improvements, an all-new interior, and a new engine-gearbox combo will be included in the new model. The interior and design upgrades will be shared with the new Brezza, but it will have Toyota-specific design elements.

The existing platform, Suzuki’s Global C design, will be used for the Toyota Urban Cruiser in 2022. The platform may have been strengthened by the company. In addition, the new vehicle is likely to receive a 5-star safety certification from Global NCAP (outgoing model gets 4 star safety rating).

The new front fascia of the Toyota Urban Cruiser for 2022 has a new signature grille, new headlight setup, reworked bumpers, new alloy wheels, and new LED taillights. The SUV’s interior will undergo significant upgrades. Suzuki and Toyota have collaborated to create an all-new dashboard with a new freestanding touchscreen infotainment system. Wireless Android Auto and Apple CarPlay will be supported, as well as speech recognition and navigation.