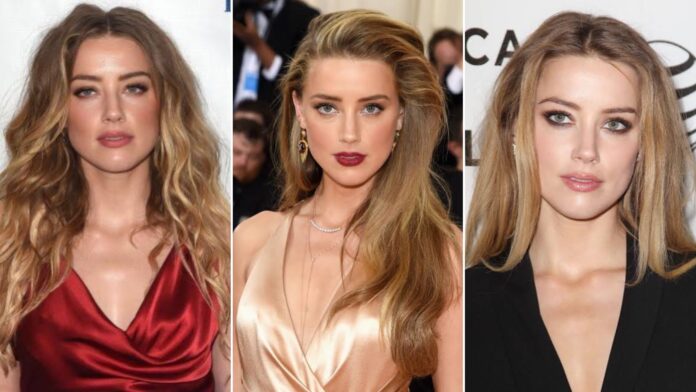 Amber Laura Heard is an American film and television actress. After a series of small roles in film and television, Heard had her first starring role in the horror film All the Boys Love Mandy Lane. She first gained mainstream recognition for supporting roles in the action film Never Back Down (2008) and the comedy Pineapple Express. In the following years, she appeared in films such as The Joneses, The Ward, The Rum Diary, Drive.

Angry, Machete Kills and Magic Mike XXL. The attractive actress managed to win over the eccentric Depp and has an interesting history with cars.It may come as a bit of a surprise to learn that Amber now collects classic cars when you learn her history.

Amber Heard, who has a net worth of $9 million and said “I spend all my money on classic cars. I love cars that have character, and I’ve had a number of them, including a ’63 Checker.”

Don’t be shocked if we say Johnny Depp’s fiancee Amber Heard drives a Dodge Journey. Well, above pictures when she wasn’t spotted on the red carpet with the famous actor, but outside Whole Foods in West Hollywood while she was loading her groceries into a black Dodge Journey. Dodge Journey has a 2.4-litre four-cylinder engine producing 172 horsepower and 165 lb-ft of torque. Amber spend around $24,795 to $32,795 to got this SUV.

Among the beautiful women in Hollywood, Amber Heard is definitely in the top ten as she is one feisty actress/ model. This hot chicks also has some cute cars in her car collection.  The Tesla Model is one such car in her in her garage. Her Model S has longest range and quickest acceleration of any electric vehicle in production, Model S Plaid is the highest performing sedan ever built. Tesla hasn’t released that beast into the wild yet but claims it’s capable of a zero-to-60-mph time of just 2.0 seconds. Amber just spend whopping $91,190 to get Tesla.

Amber Heard is also known in Hollywood as a tough girl, owning a 1968 Ford Mustang as well as a 357 Magnum gun. I try to fix them up myself as much as I can, buying the parts off eBay.” She also commented that ‘My ’68 Mustang is my favorite.
Amber Heard loves her 1968 Ford Mustang, but it has been stolen multiple times. Amber said that at one time, the car was missing for six months before it was found and returned! She is also the proud owner of a completely restored 68 Ford Mustang. One remarkable item to note is that she had the car for 12 years. Kudos to Amber, as she must really love her Mustang.

Amber Heard loves spending her millions on classic cars. She has already proven her love about classic cars and now this 1967 Mercedes-Benz 250 SL. This 1967 Mercedes-Benz 250 SL “Pagoda” Roadster is a remarkable example of an early W113 model. Model year 1967 is the only year the 250SL was offered before Mercedes moved on to the 280SL, making this model one of the rarest and most desirable in its class.