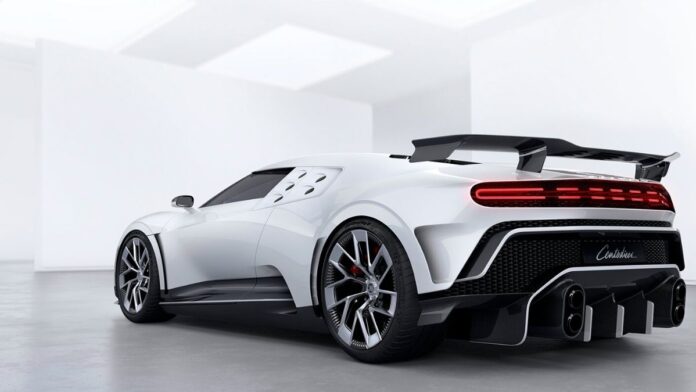 Bugatti, a French maker of high-performance automobiles, is perhaps one of, if not the most prestigious brands in automotive history. The Molsheim-based hypercar manufacturer recently reported that the production-based prototype of its special coach-built model Centodieci had completed over 50,000 test kilometers. Following its last endurance testing in the Puglia region of southern Italy, the firm also revealed that the vehicle will be entering the production line soon after its return from Nard Ring.

Bugatti’s second modern coach-built vehicle pays homage to the EB110, the quintessential super sports car of the 1990s. Despite the fact that just 10 units of this model will be produced, Bugatti went to great lengths to test the prototype of this model over and over again.

Centodieci’s “White Prototype” was put to the test in a variety of driving circumstances, including high-speed runs, handling routes, circuits, highways, and city traffic, according to the business. Each day, the hypercar was driven for 1,200 kilometers, with only mechanical maintenance, driver changes, and refueling being made.

Three drivers took turns evaluating the Centodieci’s operation, recording and reporting any minor irregularities. They drove during all hours of the day and night, on a variety of track profiles, and at a variety of speeds, from stop-and-go to top speed. The Endurance test drivers are among the best in the field, with remarkable technical knowledge, attentiveness, and sensitivity, as well as accurate vehicle control.

The drivers went to note the slightest of weird noises, motions, and anomalies after the extended endurance running hours. Everything about the car was scrutinized, including driving on various terrains – both wet and dry – and scrutinizing every minor steering motion, braking, acceleration, cornering load, and driver aid system operation.

“We check every aspect on the vehicle one more time, paying particular attention to functionality and longevity before the first Centodieci cars go into production,” stated Carl Heilenkötter, Bugatti’s project manager for one-off and few-off projects.

“The Centodieci is purposefully driven to its limits in order to ensure reliable handling at the greatest level, even in harsh scenarios,” he continued. Despite the fact that most cars seldom reach this range, it is nonetheless put to the test. This is the brand’s mentality, which is why we devote so much time and attention to all of this testing. Bugatti is dedicated to the greatest levels of quality, longevity, and customer pleasure,” says the company.

Before this final round of testing, Centodeici’s production-spec prototype underwent hot-weather testing, wind tunnel testing, and even some hot laps on the demanding Nürburgring track in Germany. The exceedingly exclusive model from the French automaker will enter the manufacturing line at Molsheim Atelier, Alsace, following the final inspection of the test, and Bugatti has stated that all 10 cars will be delivered to owners by the end of this year.