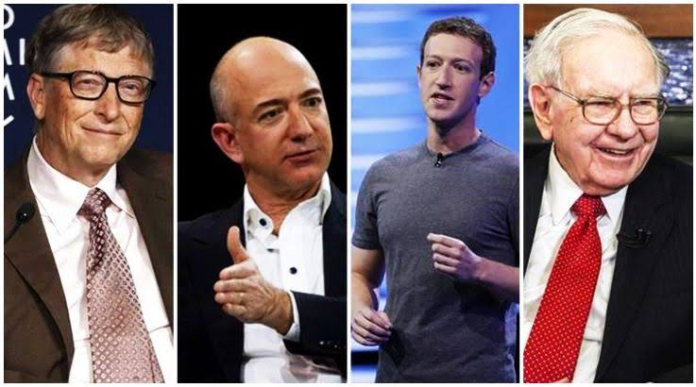 These extreme billionaire have got an immense amount of money to spend! These all are the CEO of the some of the richest companies and they have million dollars in their account to spend on some insane cars. While you still think that you are about to see some exotic expensive cars on the list below, here’s a spoiler!  These all top richest billionaire don’t owns crazy hot wheels but what actually they’ve in their car collection let’s dive into it.

Elon Reeve Musk FRS is an entrepreneur and business magnate. He is the founder, CEO, and Chief Engineer at SpaceX; early stage investor, CEO, and Product Architect of Tesla, Inc.; founder of The Boring Company; and co-founder of Neuralink and OpenAI. A centibillionaire, Musk is one of the richest people in the world. This most richest billionaire has his own company Tesla Model X in his garage.

Elon always has a fond of collecting some insane cars in his garage. It was one of the quickest car when launched. The space and performance has made it Elon’s favourite. The Model S is a five door sedan. As of now it has the longest range.The estimated price of this insane machine is around $157,000.

Jeffrey Preston Bezos is an American entrepreneur, media proprietor, investor, and computer engineer. He is the founder and executive chairman of Amazon, where he previously served as the chairman, president, and CEO. This second CEO is not a big car person but has some special cars in his car collection. Although, in that Chevrolet Suburban is one the most expensive car in his car collection. Chevrolet Suburban has an estimated price tag of around $75,000 in USA.

William Henry Gates III is an American business magnate, software developer, investor, author, and philanthropist. He is a co-founder of Microsoft Corporation, along with his late childhood friend Paul Allen. Bill Gates most favourite car is the 1979 Porsche 911. The rear-engined sportscar was introduced in September 1964. The first car owned by Bill Gates was the 1979 Porsche 911. This one was really close to his heart. However, it was auctioned in 2012 for $80,000.

Mark Elliot Zuckerberg is an American media magnate, internet entrepreneur, and philanthropist. He is known for co-founding Facebook, Inc. and serves as its chairman, chief executive officer, and controlling shareholder. Although Mark Zuckerberg didn’t show off much and he loves to live very basic in the same way his car collection is boring too. He owns V-Class. The Mercedes Benz V-Class is a very practical car with so good looks, the V-Class impresses with a high level of comfort typical of Mercedes-Benz: from the generous spaciousness and high quality of materials and manufacturing to the intuitive operating concept or the ambient lighting for example. Everything is there to make your stay in the V-Class as pleasant as possible.

Bernard Jean Étienne Arnault is a French investor, businessman and art collector. He is the chairman and chief executive of LVMH Moët Hennessy – Louis Vuitton SE, the world’s largest luxury goods company. This luxury brand owner Bernard Arnault has dope crazy ride BMW 7 Series in his collection. BMW 7 Series has classy exterior styling, smooth-running powertrains, serene cabin. While it’s not as much fun to drive as we expect a BMW to be, the 7-series has the comfort part of the luxury car equation down pat. The approximate price of this crazy lavish machine