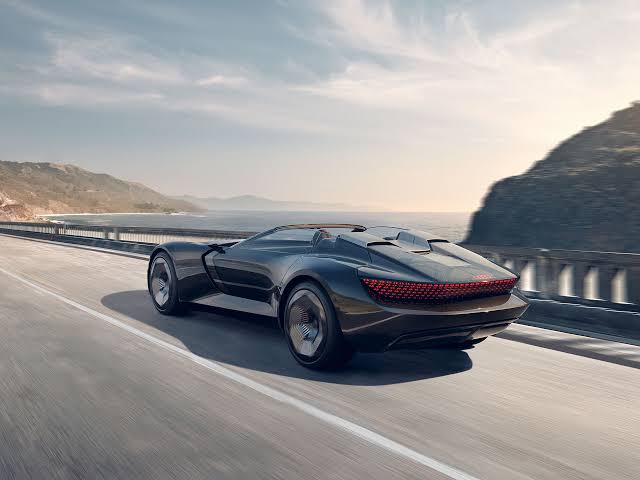 These Prototypes Received a Mass-Production Version Too

A concept car is a car specially made to showcase the new technology, new design or even in some cases, the upcoming vehicle. This is generally done to check the reaction of customers as well as brand loyalists to such designs to decide if they should be produced or not.

Going directly back to its root, Porsche Boxster Concept is mid-engined. It is also Porsche’s first water-cooled non-front engine. The production version that arrived four years later was an instant hit. Its 2.5-litre engine produces 201 HP and reaches 100 kmph in 6.9 seconds. Its top speed is 240 kmph. Further editions improved on both looks and performance, but still the original is a gem.

At the 1994 North American International Auto Show, Volkswagen revealed the ‘Concept One’. It is a retro-themed prototype car that resembled the original VW Beetle. This car eventually turned into the ‘New Beetle’ from Volkswagen. It has its engine in front and front-wheel-drive with storage in the rear. There was also a convertible version of the new beetle.

This iconic benchmark for Audi’s design team made its first appearance at the 1995 Frankfurt Motor Show and came into production in 1998. It is based on the same platform as VW Golf Mk4, the original Audi A3 and others. For three generations, it is offered as a 2+2 coupe and as a two-seater roadster.

After buying the Rover Group, BMW also received the ‘Mini’ brand. From BMW’s thought of creating a retro-modern version of classic mini, this car was born. It took the world by storm. The 2001 production version that followed took most of the styling from the prototype. But nonetheless, the concept still looks amazing to look back…

The First LF-A Concept premiered at the 2005 North American International Auto Show with three such vehicles in the following three years. One was a revised version, another was a race one and the third one being a roadster prototype. The production version finally hit the road in 2010. It showed the world that Toyota can also compete in the luxury performance car segment.

Nissan showed two versions of the GT-R prototype, one at the 2001 Tokyo Motor show and another one at the 2005 Tokyo Motor Show. The Second one bears a close resemblance to the final version that we know. It has also retained the nickname earned by its predecessor i.e ‘Godzilla’. The car has become one of the fastest cars in the world.

Dodge teased the challenger prototype in late 2005 and announced the car on 21st November 2005. The prototype model was unveiled at the 2006 North American Auto Show as a preview to the third-generation Dodge Challenger. It is still a perfect competitor for the likes of Ford Mustang and Chevrolet Camaro. While those brands are going electric, Dodge is still going strong with its Hellcat and Demon (i.e. I.C. Engine powered) Versions of Challenger.

This prototype vehicle from BMW was its first outing in the plug-in hybrid sector. It is a very cool, one of a kind car that made people go crazy. The production version (i.e. the i8) also got its own crowd when it launched. It now stars in the garage of many famous people. The prototype also starred in the 2011 Film Mission Impossible: Ghost Protocol.

Designed to preview the Range Rover Evoque, the LRX was described as Cross-Coupe. It had a sporty silhouette instead of the traditional boxy design of past Land Rover cars. The production version, i.e. the Evoque came in both three-door coupe and five-door versions. A convertible version was later added to the range while the coupe version was discontinued.

Starting and ending the list with Porsche, this model was announced directly at the 2010 motor show without any pre-show teasers or hints. The production model of the 918 Spyder is similar to the prototype one. The car gets a 3.4-litre V8 engine that produces more than 600 HP while the electric motors add 282 HP to the power output. It can reach 100 kmph in 2.5 seconds.