Show this image to any car enthusiast & he will surely be happy after seeing this. It is difficult to find a car enthusiast who does not like any of these cars. Even so many years after launch of these cars, there is massive fan following for them. The JDM, or Japanese Domestic Market has many gems like these. Today we are going to look at five most popular JDM cars which have a huge fanbase.

Starting the list with the modern legend, the Supra MKIV is one of the most beloved JDM car in the automobile industry. It launched in 1994 with the legendary 2JZ engine having twin sequential superchargers. It can be tuned up to 1000 HP on otherwise stock internals with a short block and head swap. The Fighter Jet inspired interior made its owner feel like a pilot. The stock car could hit the speed of 0-60 mph in 5.1 seconds with a top speed of 156 mph. It has since appeared in many video games like Need For Speed & Gran Turismo and also in the Fast & Furious movies. This skyrocketed the popularity of the car & its price too….

Another popular JDM car on the list is the Skyline GT-R model. It became popular due to its appearance in Fast & Furious Movies. Its R34 model first appeared in 2 Fast 2 Furious & since then it is associated to Paul walker. The Skyline GTR has also earned the name ‘GODZILLA’ due to its dominance in Group A races. All the generations of the Skyline GT-R are considered as ‘Collector’s Item’ today. The prices are expected to hit the range of around 80,000 US Dollars (After it becomes legal to buy in US)

The Mazda RX-7 is popular for its rotary engine that pretty much gave a shock to the industry. However, the problems associated with it make people hesitate to buy this otherwise excellent JDM legend. It accelerates from 0-62 mph in 5.9 seconds with top speed of 155 mph in its stock form. The engine placement is behind front axle, giving the vehicle 50/50 front & rear weight balance combined with low centre of gravity. The RX-7 made 252 hp from its great sounding turbocharged rotary engine in its stock avatar.

Launched in 1992 & aimed straight to rival Mitsubishi Lancer Evolution, the Impreza was an instant hit in Japan. When the standard WRX was given to Subaru’s performance unit i.e. STi to work their magic on it; they produced something which was as close to road going rally car of the Impreza. The Flat Four Boxer engine is still punchy & delivers power effortlessly. The Handling is also superb after all these years. These cars are getting the Modern classic status nowadays & their costs are starting to rise too. However, as of now, the prices are low, so it is the best time to buy one. This JDM cult classic is a must own or all the rally & performance fans out there.

Marketed as the first ‘Everyday Supercar’; this two seater mid-engine sports car was more reliable & exceeded the performance of its Italian rivals like Ferrari despite its lower price. Honda achieved this by using the powerful 3.0 litre 24 Valve VTEC V6 engine incorporating innovative Variable Valve Timing (VVT). The Car’s bodywork was inspired by inside of the F-16 fighter jet cockpit. The Vehicle accelerated from 0-60 mph in 5.7 seconds with a top speed of 168 mph. Due to its durability & the value for money it offered, it quickly became one of the most popular JDM cars.

So there we go people, these are five most popular JDM cars that would make an automobile enthusiast to fall in love with them again & again. You can put your suggestions in comments. For more such content, stick to Autobizz.in 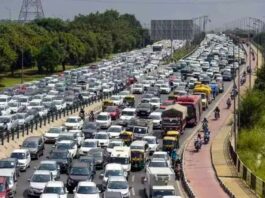 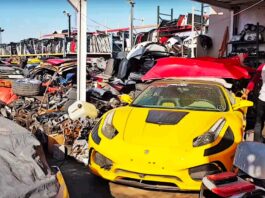