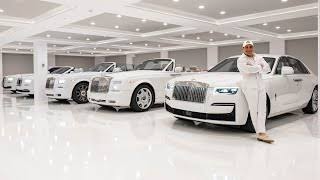 Manuchehr “Manny” Khoshbin is an Entrepreneur and a multi-milliner who does real estate, and also a supercar enthusiast. He’s immigrated to the U.S. with his family in 1984 at the age of 14 and currently living in his Mansion located in Orange City. He has his own company where they hold real estate in over seven countries. His current Net Worth is over $80 million USD.

Manny has over 30 cars in his garage in which most of the car quite unique ones. His cars aren’t just cars but an automotive art made by Hermes. Along with the supercars he also owns five Rolls-Royce’s all painted in white, which looks royal when placed in his white garage.

The Rolls Royce Dawn of Manny is a 2021 model which has an amazing Arctic white interior and costs over $350,000 to $400,000 USD. The funny thing that Manny say when he bought this for being a daily drive that it has Bluetooth in it. As his previous daily drive, his drophead didn’t have one.

This is the newest Ghost of 2021 which is of her Wife Leyla. She has opted for a crystal spirit of Ecstacy over it which glows up in the dark. This one also has a black interior with starlight sealing.

This is Manny’s family car where he usually uses for his kids to hope in and not mind making it dirty. The car has a beautiful black interior which starlight sealing as well. It costs $345,000 USD to buy one of these and is a great thing to have one.

This 2016 Drophead was recently added to his garage and well he has another Drophead from 2008 which he used as a daily driver. The car is huge in length and feels royal than other cars.

This Drophead is Manny’s daily drive which he’s been driving for over 13 years and the most driven car of his collection. It has Manny’s a lot of memory attached with it as he has got married in this car.

Does Manny Khoshbin owns a Rolls-Royce?

What is the Net worth of Manny Khoshbin?

Manny Khoshbin is an Entrepreneur with a Net Worth of $80 millions USD .

What is Manny Khoshbin’s daily drive?

Manny Khoshbin drives a Rolls-Royce Drophead as his daily drive. 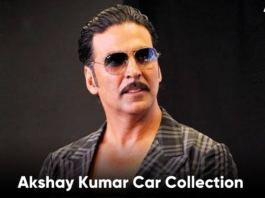 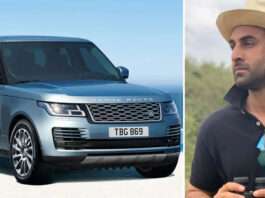 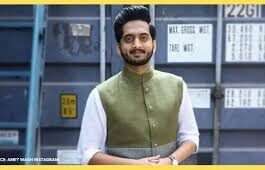