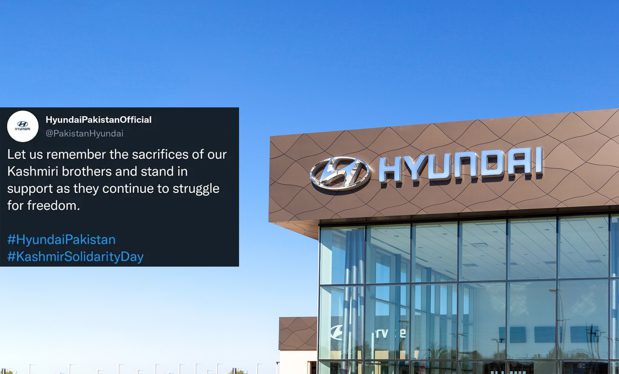 Indians were outraged by a tweet from a Pakistani partner’s account that expressed sympathy for the inhabitants of the disputed area of Kashmir, prompting demands for a boycott of Hyundai automobiles on Monday. The issue arose on Sunday, a day after Pakistan commemorated its annual Kashmir Solidarity Day, with posts from Hyundai’s partner Nishat Group on Twitter, Facebook, and Instagram honouring Kashmiris fighting for self-determination.

Hundreds of Indian social media users backed demands for a boycott, saying Hyundai should apologise for being disrespectful to India’s position on the decades-old issue. India considers Kashmir to be a vital part of the country. Hundreds of Indians have expressed their desire to cancel Hyundai vehicle purchases in order to penalise the corporation, while pushing support for domestic companies like as Tata Motors and Mahindra & Mahindra.

Hyundai’s India unit responded to the uproar by stating, “zero tolerance policy towards insensitive communication and we strongly condemn any such view. The unsolicited social media post linking Hyundai Motor India is offending our unparalleled commitment and service to this great country,” @HyundaiIndia said, adding that it stands firmly behind its “strong ethos of respecting nationalism”.

Goverment Officials Looking Into The Matter

Reuters reached out to Hyundai’s headquarters in Seoul and Pakistan’s largest commercial conglomerate, Nishat Group, for comment, but received no immediate response. Hyundai is India’s second-biggest car seller, trailing only Maruti Suzuki, which sold about half a million vehicles in the nation last fiscal year and exported over a million, making it the country’s top auto exporter.

Hyundai should explain its position on Kashmir, according to Ashwani Mahajan, an official with the economic section of the strong Hindu nationalist Rashtriya Swayamsevak Sangh (RSS) organisation, which has deep links to Prime Minister Narendra Modi’s government. “While not criticising @HyundaiPakistan Indian arm of @Hyundai_Global is not even saying that Kashmir is an integral part of India. Speaks tons about their commitment to India. Doesn’t this call for #BoycottHyundai?”, he asked.

Ashutosh Soni, an Indian Twitter user, claimed he had cancelled his reservation for Hyundai’s Verna sedan, which was scheduled to be delivered this month, and instead ordered a vehicle from competitor Honda Motor. “#BoycottHyundai, that’s it!”, Soni tweeted.

With a snapshot showing a drop in Hyundai’s share price on Monday, filmmaker and social activist Ashoke Pandit wrote on Twitter, “Let’s make them bankrupt. India is one of the biggest market for cars.”

Hyundai May Continue To Face Trouble

The controversy over the social media post exemplifies the dangers that multinational corporations confront in the face of increasing nationalism in the area. India and Pakistan have gone to war twice over Kashmir, which has a Muslim majority, and Modi’s administration has followed an aggressive strategy to suppress a violent separatist insurgency that it accuses Pakistan of fomenting. Similar requests for a boycott of Chinese goods have been made by Indian Twitter users in the past, following a border skirmish between the two Asian powers that impacted automotive supply networks and other sectors. 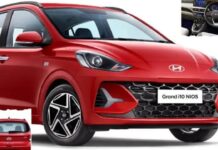