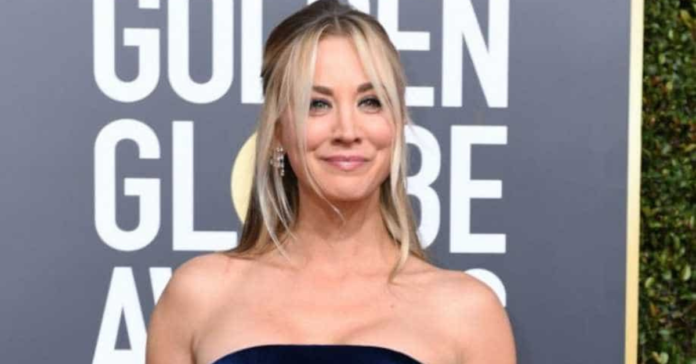 Kaley Christine Cuoco is an American actress and producer. She was named #77 on the list of FHM-Us’ 100 Sexiest Women in 2005 and 21 in 2008. After a series of supporting film and television roles in the late 1990s, she landed her breakthrough role as Bridget Hennessy on the ABC sitcom 8 Simple Rules (2002–2005). Thereafter, Cuoco voiced Brandy Harrington on Brandy & Mr. Whiskers (2004–2006) and appeared as Billie Jenkins on the final season of the television series Charmed (2005–2006). She later starred as Penny on the CBS sitcom The Big Bang Theory (2007–2019), and received a Satellite Award, a Critics’ Choice Award, and two People’s Choice Awards for the role.

Since 2020, Cuoco has starred in and served as executive producer for the HBO Max comedic thriller The Flight Attendant, which received widespread critical acclaim. For this performance, she has received nominations at the Primetime Emmy Awards, the Golden Globe Awards, the Screen Actors Guild Awards, and the Critics’ Choice Awards.

The RAV4 isn’t the fanciest or sportiest compact, but it can tow more than most rivals. The actress has this amazing car in dark grey shade and this is most probable her first car which she has bought after her commercial success. The RAV4 uses a 2.5-liter four-cylinder. The car uses costs about $35,000 for the model which she owns. The RAV4’s cabin offers what most crossover buyers are looking for.

This is the only supercar in Kaley car collection which costs $228,000 for the variant which she owns. It’s powered by a 6.2-liter V-8 that makes 583 hp, mated to a seven-speed dual-clutch automatic transmission and rear-wheel drive. The actress has been spotted at numerous event with this luxury supercar. The car is also the costliest car she owns.

This SUV is one of the two SUVs she owns, and surprisingly she owns both the SUV from same automaker Land Rover. The Range rover Sports she owns is actually the second one which she purchased after the Vogue. The car costs her around $84,000 for the 3 liter V6 engine which generates 254-horsepower. This is also one of the fastest SUVs available in market wth 0-100 sprint time is 4.5 sec.

Range Rover Vogue SUV is also one of the best and the expensive SUV available out there. The Black SUV which the actress owns is powered by a 3.0-liter turbodiesel V6 with 254 horsepower. kaley has this luxury SUV in black colour same as the another Range Rover which she owns. This is the second costliest car in her collection with the price tag of $120,000.