Cars just keep getting more and more expensive, and that apparently includes cars sold at prestigious auctions. Recently, a new record was set by a 1955 Mercedes-Benz 300 SLR Uhlenhaut Coupé. It just sold at RM Sotheby’s for about $143,000,000.

It got us thinking — what exactly are the other most expensive cars ever sold at auction? As you may have guessed, there are a bunch of Ferraris and other old cars with a ton of motorsport pedigree. Seven out of the top ten were sold at RM Sotheby’s auctions in the past decade.

There have been other, more expensive cars sold, like this $70 million 1963 Ferrari 250 GTO, but it wasn’t at an auction. That means it doesn’t count on this list. I don’t make the rules, I just enforce them.

So, sit back and leaf through the 10 most expensive cars every to sell at auction.

This one-of-two 1955 Mercedes-Benz 300 SLR Uhlenhaut Coupé just sold for a mind-boggling $143 million. To put it in context, it’s approximately $100 million higher than the previous high (which you will soon see).

This SLR was inspired by F1 great Juan Manuel Fangio’s two-time World Championship-winning W196R Grand Prix vehicle. For sports car racing, it had a larger 3-liter engine. It went on to win the World Sportscar Championship in 1955.

After MB cancelled that effort, the remaining SLRs were converted into coupes capable of 180 mph and intended to be utilised as daily vehicles.

RM Sotheby’s sold this 250 GTO in late August of 2018. It’s the third GTO ever manufactured, and it’s been heavily raced all over the world, winning numerous times. Among his victories are the 1962 Italian GT Championship and class triumphs in the Targo Florio in 1963 and 1964.

Scaglietti also updated this GTO throughout the period, both under the hood and on the outside. This changed it from a Series I to a significantly more rare Series II can. This is probably what comes to mind when you think of the “most costly cars ever.”

Guys, pay attention! Another Ferrari 250 GTO from 1962. While these two vehicles appear to be similar on the outside, they are actually quite different. On its first attempt, this one won the GT World Championship series.

This one is powered by a 3-liter V12 Colombo V13 engine that generates around 300 horsepower. It’s the 19th GTO built out of 36 total, and it finished second in the 1962 Tour de France.

This car was owned by the same family for 49 years until it was sold by Bonhams in 2014.

Artcurial sold this 1956 Ferrari 335 S in February of 2016. It’s one of only four 335 S variants ever constructed, making it one of the most sought-after automobiles. It’s powered by a 4.1-liter V12 with 400(ish) horsepower and a top speed of 186 mph. Even by today’s standards, that’s extremely fast.

It competed in the 1957 Sebring 12 Hour, Millie Miglia, and Le Mans 24 Hours. Needless to say, the 335 S was well-traveled. In fact, the Mille Miglia was ended by the 335 S after one of its drivers was killed in a car accident. That’s what I call a legacy.

In July 2013, a Bonhams auction sold this 1954 Mercedes-Benz W196R. It was historic in German racing since it signified the country’s return to Grand Prix racing in 1954, following an incident in the 1940s.

Juan Manuel Fangio won his second Formula One World Drivers’ Championship with the W196R. Only 14 W196s were produced, and only 10 are still in use today. Mercedes currently owns six of these vehicles.

It had a straight-eight engine that produced around 300 horsepower and could reach speeds of nearly 185 mph.

RM Sotheby’s sold this 1956 Ferrari 290 MM in December 2015, indicating that it was someone’s thoughtful Christmas present.

Only four 290 MMs were ever produced. Juan Manuel Fangio had this automobile made for him (a name we have seen a lot on this list). He finished fourth in the 1956 Millie Miglia while driving this automobile. That may not sound impressive, but keep in mind that 426 cars competed in that year’s race.

It has a 3.5-liter V12 engine that produces over 320 horsepower. It’s also incredibly attractive, which is an added advantage.

RM Sotheby’s sold this 1967 Ferrari 275 GTB/4*S NART Spider in August 2013. It was first produced as a spider version of the 275 GTB coupe, at the request of Ferrari’s North American distributor.

Only ten NART Spiders were ever manufactured, which is 15 fewer than the original goal. Luigi Chinetti was the owner of NART, which stands for North American Racing Team. The V12 engine and drivetrain are identical to those found in the 275 Coupe.

RM Sotheby’s sold this 1964 Ferrari 275 GTB/C Speciale in August 2014. It is actually rarer than its 250 GTO sibling, although being less valued. This Speciale has extra-thin-gauge aluminium bodywork, according to EVO.

Aside from that, additional grey Ferraris are required. That is outstanding.

RM Sotheby’s sold this Aston Martin DBR1 in August of 2017, and just look at it. It doesn’t get much better, people. It truly does not.

This is the first of only five DBR1s ever made. It won the Nürburgring 1000km in 1959. Stirling Moss, Carroll Shelby, and Jack Brabham were the drivers at various times. What an all-star lineup. It was also a sibling car to the victor of the 1959 Le Mans.

This DBR1 arrived with a non-original racing engine, but don’t worry, the original was included in the sale as well.

A second 1956 Ferrari 290 MM completes our roster. RM Sotheby’s sold this one in December of 2018… another nice Christmas present. It was also almost three years to the day since the other 290 MM had been sold.

In 1956 and 1957, this automobile was an official Scuderia Ferrari Works car. It placed third in the Mille Miglia in the 1000 KM of Buenos Aires. It’s the last of four 290 MMs produced, and one of just three that have survived.

Ferrari Classiche restored it to its 1957 12 Hours of Sebring livery. 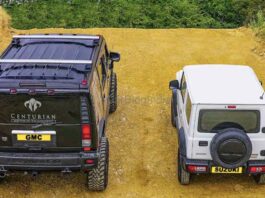 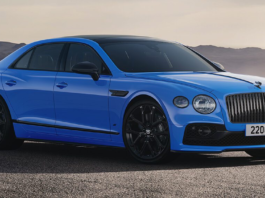 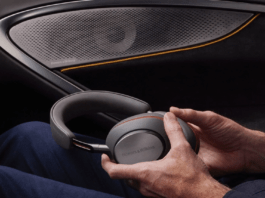