Roads in India are full of people who ride roughly and many times there is no discipline and regulations in riding. It is very common sight on road of overtaking and cutting just take a look what happened on the road, here is a video :

The R15 rider firstly refused to stop but, finally comes to stop after the rider on Suzuki Hayabusa keep on pushing him to the vehicle standing to side of the road. Suzuki Hayabusa rider after stopping him just took the key off from the R15. You should have noticed that both of the riders on R15 are not wearing helmet and rider also not wearing mask. As soon as the Suzuki Hayabusa rider take the key, the couple started arguing and asking, why did he take out the keys from the bike and also misbehaving by saying this is not your fathers road.

That pillion with R15 rider also arguing with him and asking him about keys Hayabusa rider refuse to argue with pillion, after some argument Hayabusa rider said he will call the police. The girl pillion also asked him for his license when he asked both of them for the helmet. After some point the R15 rider come to Hayabusa rider and said I did it mistakenly because I am with girl and got over-excited ,sorry for that, he apodised.

After couple of minutes , the both finally apologized and said that they did a mistake. The pillion rider kept on saying that, ‘galti insaan se hi hoti hai’ (only humans make mistakes )and that they have made a mistake also and they are sorry for this incidence. In the end, the Hayabusa rider gives back the key to the rider and they get out of the scene.

This is not the first time nor final time this has to be stopped in India or everywhere. If you want to ride super sports bikes then you should drive it with responsibility. And keeping on mind about other road vehicles and traffic rules. Situations like this where you have helmet camera, or not you should firstly call the police authority. Let them handle the matter with proper manner. This is the best way to avoid road rage. 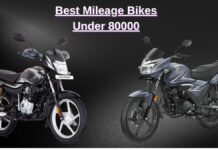 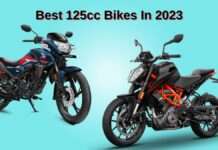 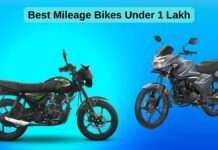