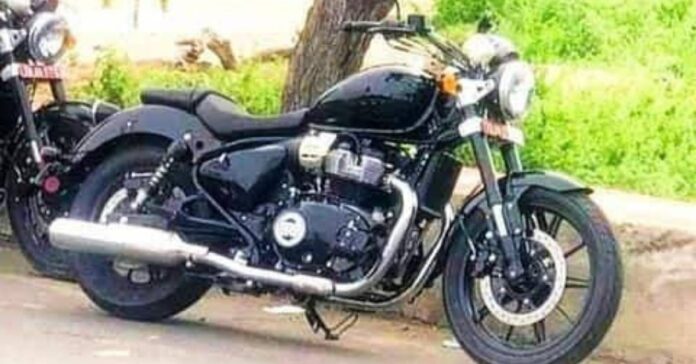 Royal Enfield has a slew of new motorcycles in the works, all of which are set to debut in the coming months. Interestingly, the brand is also going to release a few 650cc models, which many people (including ourselves) have been anticipating.

The first of these 650cc vehicles is slated to be a cruiser, dubbed the ‘Super Meteor 650.’ For quite some time, the 650cc cruiser has been undergoing road testing, and spy photos have revealed a lot about it. Like all other RE motorcycles, the design will be retro-inspired.

The Super Meteor 650 will be equipped with USD front forks, twin rear shock absorbers, a semi-digital instrument cluster (with Tripper navigation system), and single disc brakes on both wheels (possibly with two-channel ABS), and alloy wheels. The test versions lacked LED lights at first, but the final production model may have them.

The company is also working on a 650cc bobber, which was showcased at EICMA 2021 as the SG 650 concept. The ‘Shotgun 650’ is likely to be the name of this motorcycle, which was recently observed testing overseas. The test mule is equipped with a semi-digital instrument dashboard, Tripper navigation system, USD front forks, and alloy wheels.

It has a relaxing riding position, similar to the Classic 350, and a distinctive headlamp cowl. Aside from that, the firm has been testing a new 650cc roadster, which is believed to be the Classic 650.

USD forks will be added to the RE Classic 650, as well as the Tripper navigation system. We’re hoping for the distinctive headlamp cowl with Tiger-eyes pilot lamps to be available here as well, though it has yet to be seen on any test mule.

All three motorcycles will be powered by a 648cc parallel-twin engine with air/oil cooling, similar to the Continental GT650 and Interceptor 650. This engine produces 47.65 horsepower and 52 pound-feet of torque, and it’s mated to a 6-speed sequential transmission.

The 650cc Royal Enfield Himalayan is coming to India – Find…