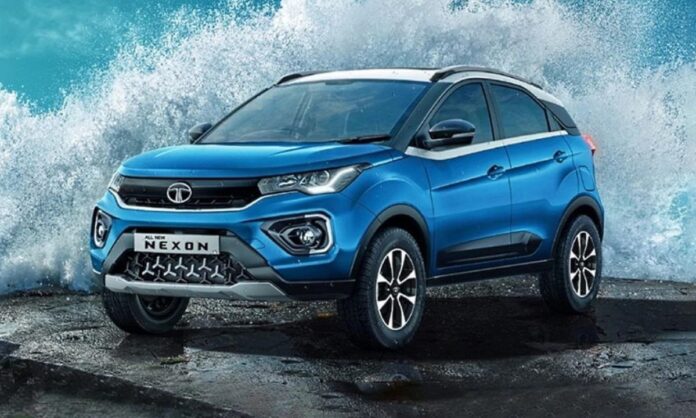 Tata Nexon Becomes the Most Powerful SUV of India in 2023

Tata Nexon, the current leader in the subcompact SUV market, is now also the most potent car available. At the current Auto Expo 2023, the nation’s third-largest manufacturer recently displayed two new petrol powertrains along with 14 other automobiles. The brand’s wildly successful and segment-leading subcompact SUV Nexon will reportedly get one of the two petrol powertrains, according to recent reports.

The Nexon is expected to become the nation’s most potent subcompact SUV thanks to the recently debuted 1.2L TGDi petrol engine. The research indicates that this new motor will be an 1198 cc three-cylinder turbocharged unit with a maximum output of 125 PS at 5000 rpm. The torque output of this engine will be much more impressive. At 1700–3500 rpm, this new engine will produce a massive 225 Nm of torque.

This new engine will also comply with Bharat Stage 6, Phase 2, and it can run on both gasoline and E20 fuel, which is a mixture of 20% ethanol and 80% fossil fuel. Both a manual and an automatic transmission option will be offered for the new 1.2L TGDi petrol engine in the 2023 Nexon.

The 1.2-liter turbo petrol engine in the outgoing Tata Nexon currently produces a maximum of 120 PS and 170 Nm of torque. But with this enhanced engine, the amount of torque can be greatly increased. The Mahindra XUV300, the Nexon’s closest power challenger, will lose ground to the Nexon thanks to this upgraded engine.

Before the launch of these new engines, the XUV300 had the highest torque of any car in its class. However, the Nexon will now occupy that throne. The 1.2 Turbo Petrol powertrain that powers the outgoing XUV300 produces 200 Nm of torque at 2000 rpm and 110 PS of power at 5000 rpm.

Given that it only receives a 5 PS power boost, some people may be dubious of how much better the new Nexon engine can perform. The additional 55 Nm of torque would greatly enhance driving dynamics, as was already mentioned. The upcoming engine will reportedly be made of sturdy, lightweight aluminium. Performance and fuel economy have been improved thanks to the introduction of high-pressure gasoline direct injection technology and an overhauled combustion system.

It has been rumoured that the firm would keep offering the same 1.5-litre turbodiesel engine in Nexon but will update it to comply with BS6, Phase 2 pollution rules. As of this writing, the company has not yet announced any new diesel power plants. There probably won’t be any noticeable performance variations. The 1.5-litre turbodiesel engine that is currently in use generates 110 PS and 260 Nm. This engine is compatible with both a 6-speed manual and 6-speed automatic transmission, and both the petrol and diesel Nexon versions include Eco, City, and Sport drive modes.