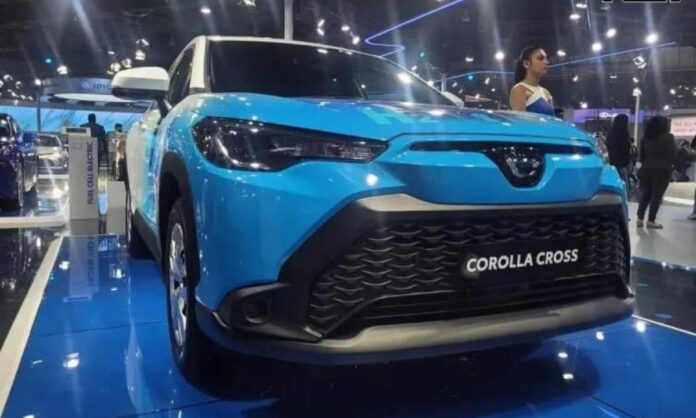 The Corolla Cross H2 idea shares similarities with the conventionally powered model in terms of appearance. The dual-tone Blue and White paint job on the model on display highlights its distinctive features.

The Toyota Corolla Cross H2’s engine is a 1.6L, 3-cylinder, in-line turbocharged petrol unit that was adapted from the hatchback model. The latter produces a maximum of 304 horsepower and 370 Nm of torque. Using a 6-speed iMT gearbox, the front wheels receive power. Two hydrogen tanks are installed beneath the seat and boot floor of the car. At a pressure of 70Mpa, hydrogen-compressed gas is filled.

According to the automaker, the “Key features of hydrogen combustion include the potential to utilise existing internal combustion engine technologies, rapid refuelling periods, and the clear reduction in the usage and necessity of materials with limited availability like lithium and nickel. Hydrogen combustion could result in broad, affordable carbon-reduction solutions more quickly by modifying current technologies and maximising current investments.

The Toyota Corolla Cross’s design and aesthetics lean more toward a crossover. It has sleek headlamps, a large black radiator grille with black housing, and a tough skid plate on the front. Additional features that add to its sporting look include a shark fin antenna, squared-off wheel arches, and hefty side body cladding. At the back, it has taillamps that wrap around. The Corolla Cross H2 measures 4490mm in length, 1825mm in width, and 1620mm in height overall. With a 2640mm wheelbase, there is plenty of room within the cabin and in the trunk.

The new Toyota Land Cruiser LC300 SUV, the modified Toyota Glanza, and the Toyota bZ4X tiny SUV concept are all on display at the major automobile event from the Japanese carmaker. 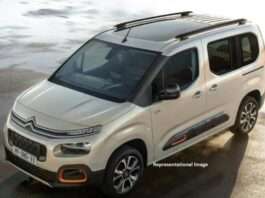 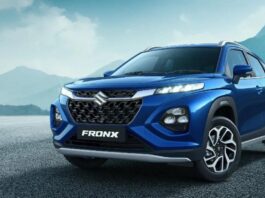 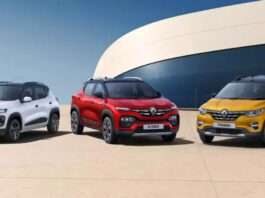 Renault Kwid, Kiger and Triber 2023 Launched. All Have Self Diagnostic...