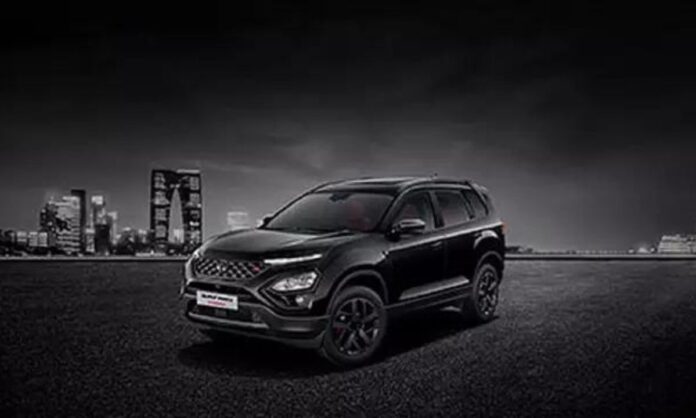 Tata Motors had a nice day at the Delhi Auto Expo 2023, where among all the unveilings, the SUV siblings Harrier and Safari received a deserving update in the form of the Red Dark edition. Here, we go over the top five modifications that this new Red Dark edition of the Tata Safari has made.

The SUV’s excellent design is enhanced and given a sportier appearance by the red motif used in the Safari Red Dark edition, which is based on the already-existing Dark edition. The SUV has Zircon red callipers on the front and rear discs, Oberon Black exterior paint, and similar-coloured inlays on the front grille. Additionally, it has the “#DARK” logo on the fenders and front and rear skid plates finished in satin Daytona Grey.

On the interior, the Carnelian Red colour scheme is used on the centre console, leatherette door grab handles, and leatherette seats with diamond-shaped quilting. The black dashboard and piano black details on the steering wheel, centre console, and doors go well with the red paint scheme.

Enhanced Safety Thanks To ADAS And 360-Degree Camera

Touchscreen Infotainment System of The Future

The Safari’s entertainment system was not as stylish as those of its rivals. It has now had a thorough makeover in terms of design and OS improvement. The Harman 10.25-inch next-generation touchscreen infotainment system has a nine-speaker JBL sound system connected to an amplifier. Like previous Tata vehicles, the Safari already featured iRA linked car technology, but it now has more than 200 voice commands in six regional languages.

Instrument cluster Of The Future

The instrument cluster gets a fully new look as part of the upgrade package. The SUV now has a digital instrument cluster with a seven-inch TFT display. The information, including gear position, speed, DTE, temperature, and other engine-related data, is shown on a central display. It is surrounded by a fuel gauge on the right and an rpm metre on the left.

Improvements To The Comfort

A six-way powered driver seat with memory and a welcome function as well as a powered co-driver seat with boss mode has been added to the Safari’s already long list of features. Additionally, the mood lighting in the sunroof gives the inside of the SUV a more sumptuous appearance.