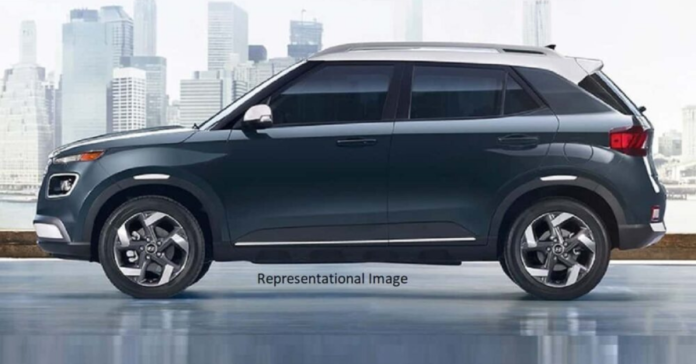 Maruti Suzuki currently rules the compact car segment with the most diverse product lineup, ranging from the Alto hatchback to the Vitara Brezza sub-4 metre SUV. Despite rising SUV demand, MSIL believes that hatchbacks will continue to be the first choice for first-time car buyers. In the coming years, the company will introduce a slew of new products in the compact car segment. Furthermore, Citroen and Hyundai will launch new small cars in the country in the coming years.

Maruti Suzuki has begun testing the new generation Alto hatchback in India. The new model will be built on Suzuki’s HEARTECT platform, which also underpins the new S-Presso and Celerio. According to the spy shots, the new Alto is taller, wider, and larger than the outgoing model. In fact, the new model is higher than the old one. The hatchback has a boxy stance and a flatter roofline, giving it a crossover-like appearance.

The interior of the new Maruti Alto will also be significantly revised. It is expected to have an all-new interior with a new touchscreen infotainment system that supports smartphone connectivity, a semi-digital instrument console, keyless entry, and an engine start/stop system. According to reports, the new Alto will be powered by a 1.0L K10C petrol engine with 66bhp and 89Nm of torque. It will also retain the current 796cc, 3-cylinder petrol engine, which produces 47bhp and 69Nm of torque. It will almost certainly come with a factory-installed CNG kit in addition to the petrol powertrain.

The upcoming Citroen C3 will include a large touchscreen infotainment system with Apple CarPlay and Android Auto support, a digital instrument console, a 3-spoke steering wheel, manual air conditioning, single-piece front seats with integrated headrests, and other features. The new C3 will most likely be offered with two petrol engines – a 1.2L naturally-aspirated and a 1.2L turbocharged – based on Stellantiss’ CMP modular platform. A 5-speed manual and a 7-speed DCT will be available as transmission options.

The much-anticipated Citroen C3 small car is set to arrive in the country in the coming days. The new model will compete with the Hyundai Grand i10 Nios, Maruti Swift, Tata Punch, and others. The new C3 has a length of 3.98 metres and a ground clearance of 180mm. It has a cross-hatchback profile, increased ground clearance, and a tall bonnet.

Hyundai has begun road testing the new Venue facelift in India. The 2022 Hyundai Venue will feature the brand’s new design language, which has already been seen on the Creta facelift and the new Tucson. The N-Line variant of the sub-4-meter SUV will also be introduced by the company. It gets a Tucson-inspired front end with a newly designed parametric grille, a new rectangular shaped headlamp unit, new LED DRLs, and revised taillights.

The interior of the sub-4-meter SUV will also be updated. It will most likely get a new touchscreen infotainment system, updated BlueLink connected car technology, a wireless charger, a 6-speaker sound system, and other features. The Hyundai Venue facelift is expected to keep the current engine lineup, which includes an 83bhp, 1.2L NA petrol, a 118bhp, 1.0L turbo-petrol, and a 113bhp, 1.5L turbo-diesel. Transmission options include a 5-speed manual transmission with a 1.2L petrol engine, a 6-speed manual transmission as standard, an iMT, and a 7-speed DCT with a 1.0L turbo-unit.