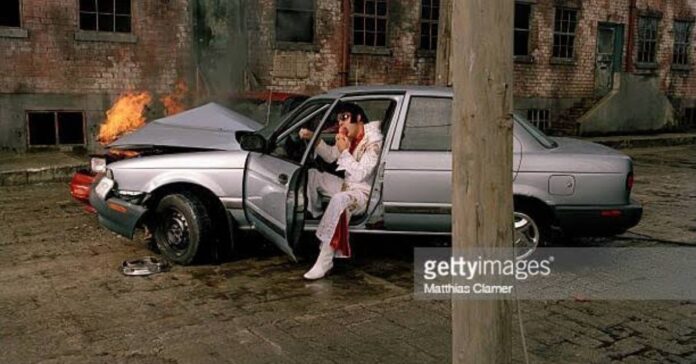 Accidents Can Happen With Them Too..

Celebrities have a habit to collect cars. Some of them are one-of-a-kind while some of them are ordinary. Nonetheless, they sure do enjoy driving their car. They also show it off, making ordinary people jealous.

But like everyone else, these people also meet with accidents sometimes. While some accidents are minor, some are so serious that they prove deadly. Some celebrities on this list have survived but sadly, some of them have met an unfortunate death. Let’s take a look:-

You can’t talk about celebrity car crashes without speaking about Paul Walker’s famous Porsche crash. It is kinda ironic that the ‘Fast and Furious’ actor died in a car accident. Still, the actor met a very sad and untimely end. While riding in the 2005 Porsche Carrera GT at speeds over 100 mph, the driver (Walker’s friend Roger Rodas) lost control of the car. It hit several trees and burst in flames. The incident also led to the daughter of Paul Walker suing Porsche over a faulty seat belt design.

While no stranger to car crashes, the most infamous crash of Richard Hammond is ‘The Rimac Crash’. It happened while filming for an episode of the second series of Amazon Prime motoring show, ‘The Grand Tour‘. Hammond approached a corner with too much speed, rear tires lost traction while braking. This resulted in the car sliding off the track while breaking through a barrier on the corner & rolling over several times. Thankfully, Hammond only had a fractured knee thus got a discharge after six days. He was again able to drive after a little more than two months.

Famous for reprising his role as Mr Bean, Rowan Atkinson owns multiple great cars. His favourite one was the McLaren F1. He liked it so much that he crashed it once, got it repaired and used it again. Then he crashed it again. But he was lucky to escape with only minor injuries after smashing into a tree and road sign. He suffered a damaged shoulder. After salvaging the car from the crash, the repair bill was $1 Million USD. He still sold the car for $12.2 Million USD.

One of the main reasons behind occupants’ death in most car crashes is very basic, i.e. not wearing a seatbelt. The same thing happened in the case of Lisa “Left Eye” Lopes. While trying to avoid hitting another vehicle, she swerved immediately to left. The vehicle rolled several times after hitting two trees which in turn threw Lopes and others out of the windows. She was the only person fatally injured at the scene of the accident.

Out of all car crashes, one of the most infamous is Princess Diana’s car crash. The car driver lost control of the vehicle at the entrance of the Pont de l’Alma tunnel. The car was estimated to be travelling at a speed of 65 mph, more than twice the speed limit of the tunnel. The front end of her Mercedes-Benz W140 got damaged substantially. Due to the extent of her injuries, she died in the hospital afterwards.