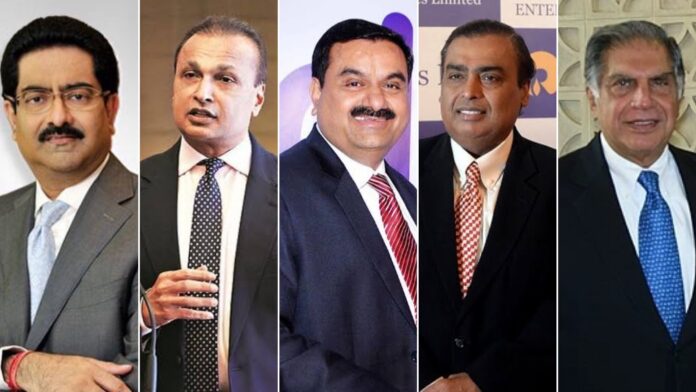 Indian Billionaire and their expensive Cars

Indian industries are blooming for the last 2 decades and hence added the new billionaires to the list. This billionaire is always been seen living the super-rich life and their cars have captured many articles and headlines. So in this article, we have sorted the most expensive and favourite cars by these billionaires.

Indian billionaires And Their Favourite Cars

There are tones of cars in India’s richest person Mukesh Ambani’s garage. Even his security uses the most expensive SUV by Mersedece India the Mercedes AMG GLE. Mukesh Ambani has cars like the Mercedes Benz S-Class, the Bentley Continental Flying Spur, the BMW 760 Li Security Edition, and the Maybach 62. Which doesn’t comes in everyone’s pocket.

The car comes packed with 6749cc mated with 8-speed automatic transmission to deliver a max power of [email protected] This petrol engine comes with RWD and gives a mileage of 9.8kmpl. The car can clock at a top speed of 250kmph.

But, Mr. Ratan Tata loves his Ferrari California for a spin. This red Ferrari has been spotted many times on marine drive with Mr. Tata taking a leisurely Sunday drive. The Ferrari California costs Rs. 3 crore(ex-showroom) which is further modified as per his need.

Gautam Adani is the Owner of Adani Enterprise which has bloom drastically over the last decade. Mr. Adani has become 2nd richest in India after Mukesh Ambani with a net worth of $70 billion. He is very well known for his jets properties and his car collection. Gautam Adani has 3 jets including a Bombardier, a Beechcraft, and a Hawker which outranks most Indian billionaires.

But, when it comes to the luxury drives he also has some amazing and exotic cars their in his collection. The cars like BMW 7 series, Bright red Ferrari California and Rolls Royce Ghost are some of them.

Mr. Adani’s personal favorite car is the British luxury Rolls Royce Ghost. The Rolls Royce Ghost costs around Rs.7 crore but he has added his personal touches to the car making it somewhat more expensive. The Ghost has a 6.6L, V12 twin-turbo engine which gives 562 bhp of power and 780 Nm of torque.

Kumar Mangalam Birla is an Indian billionaire industrialist, and the chairman of the Aditya Birla Group. The Birla group is one of the largest conglomerates having presence in 34 countries. Mr. Birla is chartered accountant and Master in Business Administration so he very well known about how and where to invest.

Kumar Mangalam Birla likes a car that is safe rather than being swanky that’s why he owns a bulletproof BMW 760Li. The BMW 760Li is luxury sedan specially mad for the peoples with deep pocket. The base models of normal BMW 760 Li costs about Rs. 2.50 crores so you can think of the bulletproof variant price.

The special thing about this car is it is only manufactured in its home country German and you will need special permission to import this car to India. The Bulletproof BMW 760Li can cost somewhere about Rs.9-10 crore.

The chairman and MD of reliance communication and infrastructures. Anil Ambani uses his chopper to go to the office from his home. But he also has some amazing car collection which has Rolls Royce Phantom, Lamborghini Gallardo, Range Rover Vogue, Mercedes Benz S-class, and Toyota Fortuner.