HomeCarToyota Is Turning Its Legendary Crown Sedan Into An SUV, And It’s...
CarNews

Toyota Is Turning Its Legendary Crown Sedan Into An SUV, And It’s Coming To The U.S., Report Says 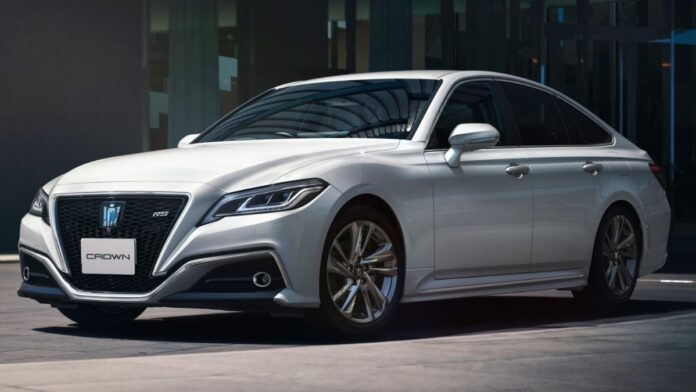 The Crown sedan is one of Toyota’s most well-known and long-running cars, but it’s going to go through a major transformation. According to Japanese sources, the 67-year-old automobile is being converted into an SUV in order to remain relevant in a market infatuated with off-road, or off-road-styled, cars.

Reuters reports that the new SUV will be available in Japan, China, and the United States starting in summer 2023, citing three sources familiar with Toyota’s plans. However, leaked U.S. dealer paperwork we saw in February claimed that American Toyota dealers would begin selling a Crown model in October 2022.

The exact engine specifics are scant, but according to the news story, the first to come will be a gasoline hybrid model, which will be sold in China and North America. According to the article, a plug-in hybrid type is targeted for the Japanese domestic market, with no mention of availability in the United States.

A fully electric Crown SUV will arrive a year later, in 2024, however two sources told Reuters that Toyota has yet to finalise export plans for the EV. It would be a curious move not to export the EV outside of Japan, given how worldwide markets are adopting fully electric luxury automobiles.

Though the Crown’s conversion to an SUV style will broaden the appeal of the model, which has seen sales decline in recent years, there is some good news for Toyota consumers who still prefer a classic three-box sedan. Toyota is said to be introducing a new Crown sedan to go alongside the new Crown SUV, however it’s unknown if the saloon would be available in the United States. Both body designs are expected to be produced at Toyota City, Japan.

The Crown is a premium luxury sedan sold in its native country, available in rear-wheel drive and all-wheel drive and based on the same platform as the Lexus LC and LS, while the Crown name has been used as a sub-brand in China on a variety of cars, including a rebadged Toyota Highlander.

When it was debuted in 1958 as the Toyopet Crown, the Crown became the first Toyota model offered in the United States. However, Americans deemed the car sluggish and costly in comparison to domestic automobiles, and the firm pulled it from the market three years later.