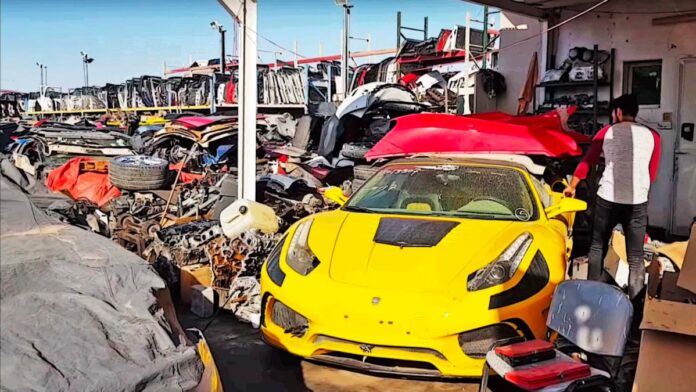 The article will explain why Dubai has thousands of abandoned supercars. You probably already know that Dubai is one of the most well-liked travel destinations worldwide. Visitors come here from all over the world because it is known for its unparalleled luxury. This could be exemplified by high-end automobiles, exquisite shopping centers, astounding architecture, unusual adventure sports and activities, and much more. But there are also a tonne of expensive supercars that have simply been left in parking lots or by the side of the road.

Donut Media has posted the video to YouTube. According to the team’s research, there are specific reasons why these supercars are dumped in the UAE. According to statistics from 2013, 96% of Dubai’s population is made up of foreign nationals. Because of the region’s abundant oil and natural gas resources, people relocate there in search of employment. So, the majority of people work for large corporations and receive outrageous salaries. Additionally, there is no tax on any income earned in the UAE.

People therefore have a lot of money to spend. People frequently purchase supercars after meeting their basic needs. The city has a tradition of living a lavish lifestyle. As a result, they borrow money and end up purchasing the priciest and most luxurious vehicles available. The nation’s Sharia laws are brutal and strict, though. According to these laws, failing to make loan payments is equivalent to stealing, which carries a prison sentence. People lost their jobs during the pandemic and were unable to make mortgage payments on time.

These people made the decision to leave the country to avoid being imprisoned. They left their cars wherever they could, including on the sides of the roads and in parking lots, because they were in a hurry. In fact, the video depicts a few vehicles with the keys still in the ignition. As a result, Dubai is home to thousands of abandoned vehicles. Police arrive, remove these, and even make use of them. You can purchase these at auctions or from businesses that purchase them for a low price, repair them, and then resell them. Please express your opinions on the subject.

Rent a Rs 3.15 Crore Lamborghini Urus in Dubai for Just…