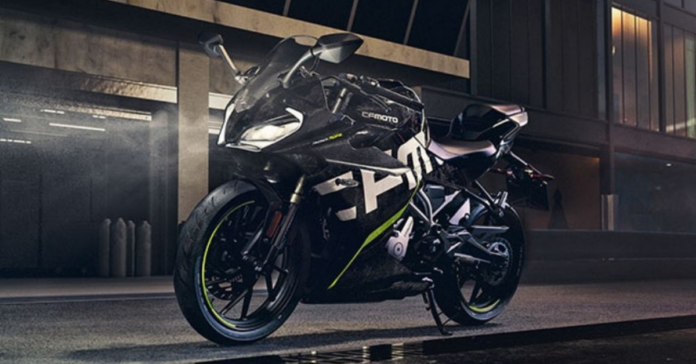 The CFMoto 300SR sports bike was formally announced in February 2020 after being observed testing many times, and it is currently displayed on the brand’s global website. According to the newest information, the motorbike will be released in India in the next months, and it will compete against the TVS Apache RR 310, KTM RC 390, Kawasaki Ninja 300, Honda CB300R, Benelli 302R, and Yamaha YZF-R3.

Front and rear disc brakes are standard, and they’re paired with a dual-channel ABS system. The sports bike’s suspension consists of upside-down telescopic forks in the front and an adjustable monoshock in the back. The CFMoto 300SR, like the majority of 300cc sports bikes, comes with an all-digital instrument console.

Read More: Why Silencer of Some Motorcycle Are Inclined Upward ?