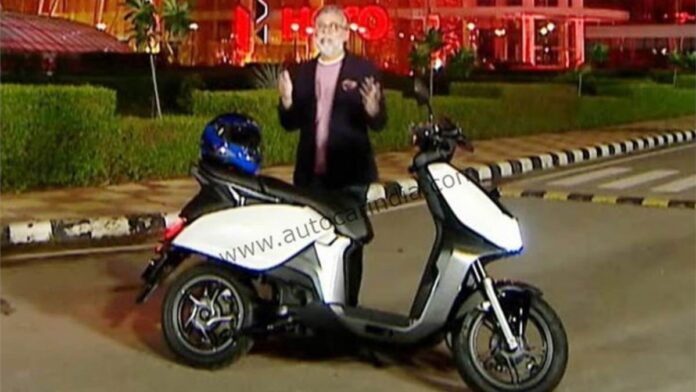 The Vida solo EV sub-brand was introduced by Hero MotoCorp a few months ago, and it will appeal to both domestic and foreign markets. According to Hero MotoCorp Global Business Head Sanjay Bhan, the Vida brand will launch its first electric scooter in the Indian market in the second quarter of this fiscal year, and its reach will be expanded to Europe and South America.

Vida’s first electric scooter will be unveiled on July 1, 2022, on the birthday of Hero MotoCorp’s founder, the late great Brijmohan Lall Munjal. It has also been announced that the first electric model will be produced at a newly created factory in Andhra Pradesh, in the southern state of India.

The dispatching of customers will begin later this calendar year, and deliveries will follow. The country’s top two-wheeler manufacturer had previously established a long-term agreement with Gogoro, a Taiwanese business that specializes in battery changing and other electric mobility-related operations.

Because Gogoro has a large international footprint, the relationship might stretch all the way to worldwide markets. “There is a big respect for EV products, especially in mature economies,” Sanjay Bhan said in an interview. “We are striving to be present in a number of these regions.” EVs, without a doubt, give us access to new areas by opening up new consumer and mobility segments.”

Over the next two years, Hero expects overseas sales to account for 15% of overall sales by the middle of this decade. The move follows the company’s highest-ever volume of sales from international markets in the previous financial year. Last fiscal year, it sold over three lakh devices in 42 different countries.

The Vida-branded electric scooter could be based on a prototype that was virtually presented at last year’s 10th-anniversary celebrations. Vida by Hero will offer many electric vehicles in various segments, and cooperation with Bharat Petroleum Corporation Limited to set up charging infrastructure across India was recently revealed.