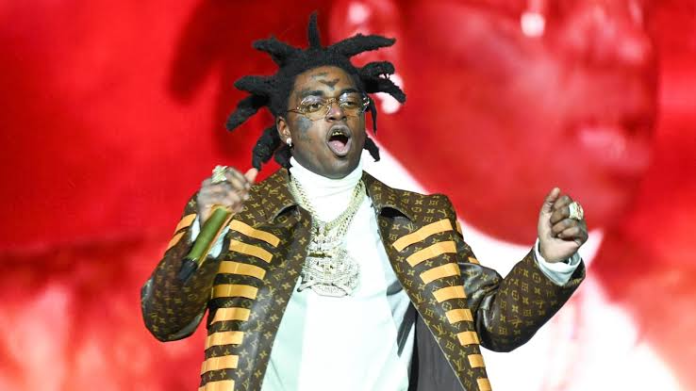 Bill Kahan Kapri better known by his stage name Kodak Black, is an American rapper. He gained initial recognition with his single “No Flockin”, released in 2014. His debut album, Painting Pictures (2017), peaked at number 3 on the US Billboard 200 and included the Billboard Hot 100 top ten single “Tunnel Vision”.

Black’s second album, Dying to Live (2018), peaked at number one on the Billboard 200 and was supported by the single “Zeze” (featuring Travis Scott and Offset), which peaked at number 2 on the Hot 100. In 2019, Black was arrested for weapons possession and was sentenced to almost four years in federal prison

Kodak Black’s net worth is estimated to be $600,000 in 2021 which looks very low. But as per agencies, he has not revealed his income and properties. And looking at his car collection this totally looks fake, because Kodak’s Car Collection of 4 cars itself costs $900,000. Funny right!

This is the latest car he bought and it is in duotone paint which is red and blue. This car costs $400,000 in the US with all the customization he has done. The car features a 4.0-liter V8 petrol engine that produces 550bhp between and 730Nm of torque. The car can sprint from 0-100kmph in 4.9 seconds

Kodak black loves old school cars he has a very old model of cutlass which costs $2000 but after all the customization work and paints it cost him probably $50,000. Oldsmobile was a brand of American automobiles produced largely by General Motors.

Kodak also owns one of the most expensive and powerful SUVs in world the Lamborghini Urus. One which he owns is customized in max green with gold wheels and brown interior. Well everyone has his taste he has spent around $350,000. The Urus is the fastest SUV in world with top speed of 305kmph and 0-100kmph in 3.6sec.