HomeCarMaruti Brezza to get never seen before tech and features
CarNews

Maruti Brezza to get never seen before tech and features 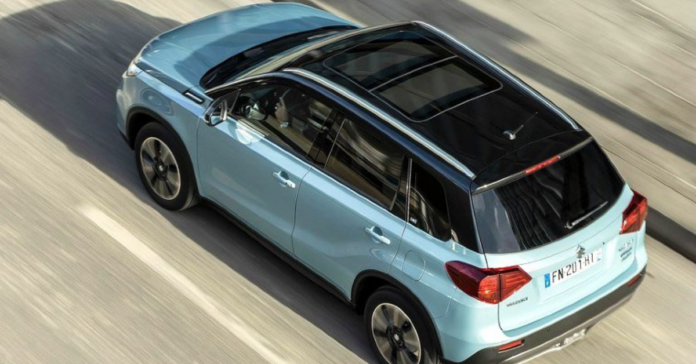 The top-selling SUV from the Indo-Japanese automaker, the Maruti Vitara Brezza, is set to enter its second generation in May 2022. The subcompact SUV will have a new exterior, a more upscale interior, and a more fuel-efficient gasoline engine. The SUV will lose the ‘Vitara’ prefix and be renamed Maruti Brezza as a result of the generation change. Under the hood, there will be significant changes. The new Maruti Brezza for 2022 will be powered by a 1.5L K15C Dualjet petrol engine with two injectors per cylinder for improved FI (fuel injection) control.

The new gasoline engine will be more powerful and efficient than the old 1.5L K15B engine. According to a new media report, the subcompact SUV’s Smart Hybrid technology, which is presently only available on automatic models, may be dropped. The factory-installed CNG kit is anticipated to be included in the model selection. The outdated 4-speed automatic gearbox will be replaced by a new 6-speed torque convertor automatic gearbox in the 2019 Brezza. A 5-speed manual transmission will be standard on all models.

As previously stated, the redesigned Maruti Brezza for 2022 will have a more premium cabin with various new amenities. The SUV will have a 9.0-inch touchscreen with the revised SmartPlay Pro+ infotainment software, a HUD (Head-Up Display), and a 360-degree camera, similar to the new Baleno. The company will add six airbags and make adjustments to the sheet metal in order to boost its safety rating. It’s worth noting that the 6 airbag protection may be limited to pricier versions.

All of these upgrades will very certainly raise the price of the new Brezza above that of the current model. The latter is priced between Rs. 7.69 lakh and Rs. 11.33 lakh. It comes in four automated versions, with prices ranging from Rs 9.97 lakh to Rs 11.33 lakh. All of the prices shown are ex-showroom.