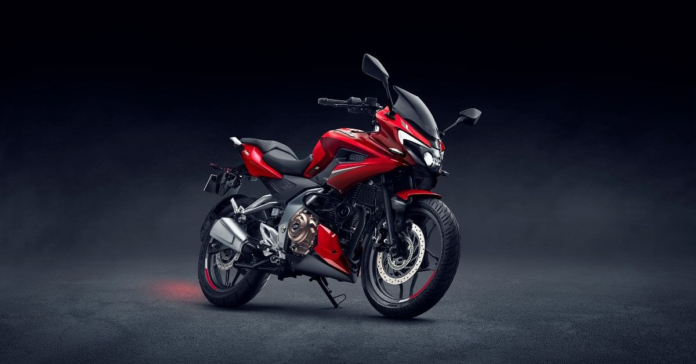 The new Pulsar bikes, the N250 and F250, based on the new platform, have opened the way for Bajaj Auto to introduce the next generation of Pulsar motorcycles. The manufacturer also announced plans to introduce additional versions based on the new chassis, which will replace the current generation of Pulsar motorcycles, during the presentation ceremony. Bajaj may explore developing a third version of the quarter-litre Pulsar, the Pulsar RS250, now that there are two versions on the market.

Read More: Have A Look At This Modified Bajaj Dominar 400 Scrambler

The flagship series of quarter-litre Pulsars might be completed with a fully faired Pulsar 250. Pulsar’s RS 250 would be the most expensive model, followed by the semi-faired F250 and the naked N250. A creative artist named Pratyush Rout has digitally reimagined the Pulsar 250 into a fully-faired sports bike with a number of colour options. The RS250’s digital renderings have the same single-beam projector headlamp flanked by twin LED DRLs as its semi-faired sister.

In addition, unlike the F250, the RS250 features a fully faired shell that conceals the majority of the internals and running gear while only revealing a section of the engine, frame, and rear subframe. The motorcycle also features a larger front mudguard, giving it a “giant bike” look. The bike may be painted in six different colours: red, blue, yellow, grey, orange, and black, according to the designer.

The RS250 will be powered by the same 249cc single-cylinder, SOHC, two-valve, oil-cooled engine that generates 24.5 horsepower and 21.5 Nm of peak torque. A five-speed automatic transmission with assist and a slipper clutch is attached to this engine. The hardware configurations of the motorcycle appear to be identical to those of its two siblings. Only Bajaj can say whether or not such a motorcycle will be released in the future.

Read More: This Bajaj Pulsar NS200-based concept is a low-cost alternative to the Ducati Multistrada.