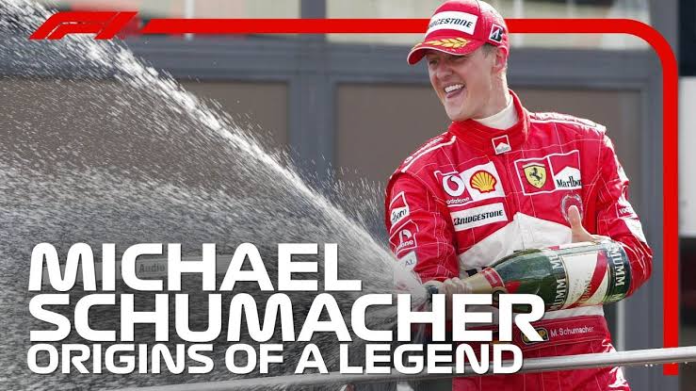 Michael Schumacher, born on 3rd January 1969, in Germany. He was a professional Formula One racing driver with 7 world championship titles with 9 wins and,566 career points. He’s one of the best F1 drives of all time. Before retiring from his F1 career is used to race for Ferrari, till his last race in the 2012 Brazillian Grand Prix.

Being a world champ he’s Net worth is over $650 million USD, and being he has the perfect taste for cars. Michael Schumacher’ss car collection has more Ferrari formula 1 cars other than normal cars.

This one is Michael’s Favorite car from his collection and has it for a long time. This is an open-wheel racecar from the ’80s for the Formel ford championship. And thus it’s the only open-wheel, but he owns many of the formula 1 racing cars.

The Mercedes C291 was a prototype racecar introduced at the 1991 World Sportscar Championship. It’s amazing for Michael to have hands on one of them.

Michael Schumacher’s car collection is a unique one, as it has many of the rarest racing cars used in Formula One. This is the first one of his collection. It’s a 1991 Formula One race car with a V8 engine and 6-speed manual transmission which was fun to drive, as it has a great speed.

This was Ferrari’s unbeatable machine at that time, it was a great success for the Ferrari team with Michael in the driver seat. Being an official Ferrari driver it was an honor to have it in his collection

During the production and design of this car, Michael himself was a part of it. Enzo Ferrari had made this car by keeping in mind, to be the car fastest at the track. The FXX is a total track-focused car fitted with the best transmission ever.

Ferrari Enzo, name after the founder of Ferrari “Enzo Ferrari” car was is a masterpiece and is still famous in the hypercar era. The car was also a success for the company back in the day.

As said Michael’s car collection has many of the F1 cars from Ferrari as being the Offical driver for Ferrari. This car was used in the races of the 2004 season and has scored the highest points for the team ever.

Remember the ads of the SLS AMG, where Michael pulled up a 360-degree stunt in a tunnel at a high speed? In real life, the car is actually that stable and made with precision.

Along with the F1 racecars Michael also owns some Ferrari road-legal cars as well. This is a Ferrari 599 with costs about $300,000 and offers a V12 engine producing over 610 horsepower and has amazing engine sounds.

Michael Schumacher’s car collection has many Ferrari sports cars, this is one of them. This is a limited edition Ferrari and only 2000 units were made. It’s a car with every perfect automotive engineering in it. The car costs over $200,000 and has a 4.3L V8 engine.

Like the other cars, Michael’s 2002 Ferrari is also been in his collection as well. This is the car updated version of the 2000 F1 car.

This racecar is a special one of Michael Schumacher’s car collection as this was his last Ferrari F1 car he raced in before moving to Mercedes.

Mercedes was his last team before retiring as an F1 driver. This also makes it amazing as it was Michael’s last F1 ride.