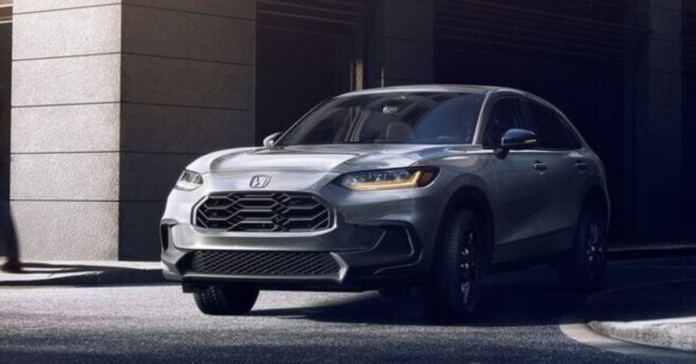 Several exciting new vehicles are set to hit the market this month (April 2022). It will begin with the global debut of the new Honda HR-V SUV on April 4th, followed by the new Tata electric car on April 6th. Here are the key details we know about both of the upcoming models.

On April 4th, Honda will reveal the 2023 HR-V SUV for North American markets. The automaker has released multiple design sketches revealing its design details ahead of its global debut. The SUV’s front fascia has been completely redesigned, with a larger octagonal grille with S-shaped mesh design, an updated bumper, and larger and squarish headlamps. The tailgate and taillamps have been redesigned. Its American counterpart will be longer than the original.

While interior images and details are still being withheld, the 2023 Honda HR-V is expected to share the same cabin layout and features as the new Civic. This time, the SUV could be equipped with a hybrid powertrain. It will most likely be equipped with Honda’s e:HEV system, which consists of two electric motors and a 1.5L iMMD petrol engine. Its total power will be 109bhp. The new Honda SUV could also be equipped with the new Civic’s 2.0L, 4-cylinder petrol (158bhp) and 1.5L, 4-cylinder turbo petrol (180bhp) engines.

The name of the upcoming model has yet to be revealed by Tata Motors. There has been speculation that it could be the long-range Tata Nexon EV or the Tata Sierra EV. The automaker has been developing a number of electric vehicles, including the updated Tigor EV, Altroz EV, and Punch EV. The new Tata electric vehicle will most likely be equipped with the brand’s updated Ziptron technology.

Car Companies That Failed To Sustain In India