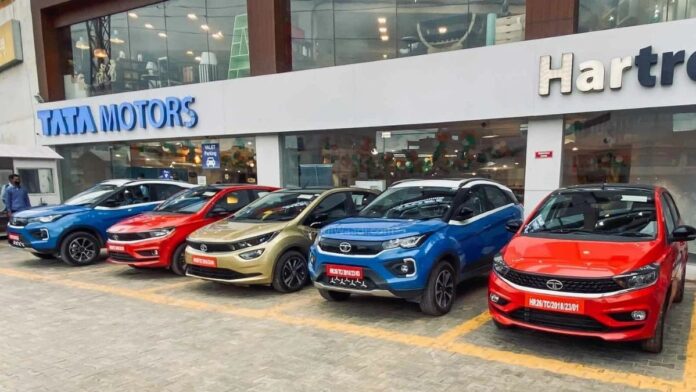 Tata Motors issued a statement today showing their sales figures for the month of July 2022. The brand has been remarkable in terms of volume over the previous year or two, and last month was no exception. In July 2022, the domestic automaker sold 47,505 units, compared to 30,184 units in the same month the previous year.

This resulted in a 57% rise in volume year on year. The Nexon compact SUV has been the brand’s best-selling model and is also among the top five sellers in the sector in recent months. In addition to the Nexon, the Punch and Altroz are consistently generating high volume counts in the local market.

As a result, Tata’s cumulative sales figure is improving month after month and breaking new milestones. Tata also had its greatest-ever CNG sales last month, with 5,293 units sold, while the Tigor compact car sold 5,433 units, the highest monthly tally since its market debut in March 2017.

Along with the Nexon and Tiago, the Tigor received a major update in early 2020, and the trio’s sales volumes have increased significantly since the facelift’s introduction. SUV sales accounted for 64% of the brand’s total in July 2022, representing a 105% increase over the same period a year earlier.

It was also the highest monthly sales figure for the Punch mini SUV, which debuted in late 2021. The five-seater is the second model based on the ALFA platform and has a competitive beginning price. It sold 11,007 units, assisting Tata in setting yet another monthly sales record in India.

You May Like:  Tata Altroz DCT Automatic Launched In India

Tata’s Nexon EV and Tigor EV sold 4,022 units last month, which was, as you might expect, the company’s highest-ever EV sales. Tata increased its offering with the inclusion of the Nexon EV Max, which has a larger battery pack and a longer driving range, capitalising on the popularity of the compact electric SUV.