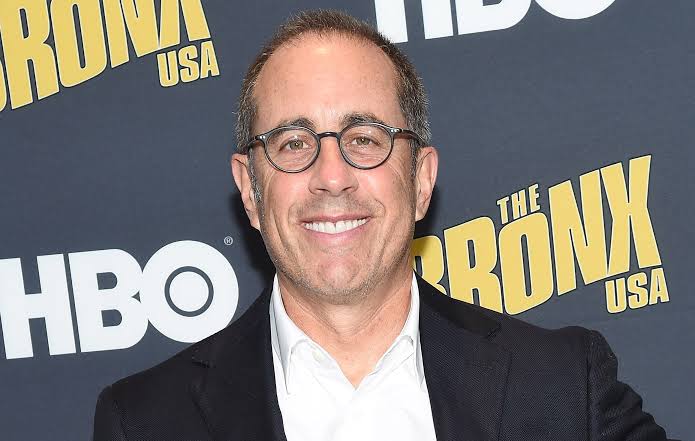 Jerry Seinfeld is an American stand-up comedian, actor, writer and producer; best known for the sitcom ‘Seinfeld’. He specializes in observational comedy as a stand-up comedian. He has received twenty Primetime Emmy Award nominations and four Grammy award nominations. Jerry is also the creator as well as the host of the popular web series ‘Comedians in Cars Getting Coffee’. Other than being a famous comedian, he is also famous for keeping an astonishing Porsche collection.

He has owned nearly 43 Porsches to date. He recently sold 15 Porsche Cars from his collection for $22 Million. His collection has a dedicated fleet management team to handle larger tasks as well as preventive maintenance. His garage itself is worth $1.4 Million. Today, we’ll take a look at the Porsche Collection of Jerry Seinfeld:-

Let’s start the list with a classic. Jerry’s 1970 Porsche 911S is a solid collector’s item. It features a six-cylinder boxer engine with an all-around independent suspension. This race model is often seen at Monte Carlo rallies. Its value ranges from $37,000 to $58,000.

Jay Leno also agrees that this Porsche is one of the most expensive vehicles in Seinfeld’s collection. Jerry also picked him to ride in this beauty. It is the 40th car coming from the Gmund Austria factory. It is a completely hand-built car with most of its parts intact.

Why is there a ‘Polizei’ writing on the rear of this car? Because it once belonged to the Dutch police force. But now it is in the Porsche Collection of Jerry Seinfeld. He picked up Barry Marder in this car in an episode of Comedians In Cars Getting Coffee. It was also used for rally moto races.

This one is a popular classic in the Porsche collection of Jerry Seinfeld. He bought this car in 1996. Its actual owner was Ferry Porsche, son of the company’s founder. Jerry sent this car to Germany for a complete restoration. After 5 years, Jerry finally got his car back. The restoration cost him $250,000 !!

This model was originally designed as a concept vehicle. Jerry’s car is one of the only 200 such models ever made. At that time, Porsche couldn’t send enough units to the US Department of Transport for testing purposes. This makes it illegal to drive on US roads. Thus it is preserved under the ‘Show and Display’ laws.

The famous ‘Prettiest Racing Car Ever’ is also in the Porsche Collection of Jerry Seinfeld. Its flat head six-cylinder engine generates 750 HP. Jerry bought this car from Joest racing in the early 90s as the second owner.

This car is built purposefully for two World Sportscar Championship endurance races. It is a lightweight car with a perfect 44-55 weight distribution. Seinfeld describes this one as his most treasured possessions. Its chassis number is 008.

Jerry Seinfield has done the restoration work of this prototype. His car was on display at Porsche Rennsport Reunion Vintage Race. Other than this, it was shown in 2011 at the Quail Lodge in Carmel-by-the-sea, California. The 550-03 is the third Porsche 550 prototype to be built.

This car has a quite weird event attached to it. A lady driving BMW backed into the car while Jerry was sitting across the street. She just told Jerry that she was unable to see the car and drove away. It must’ve hurt Jerry (Mentally of course) given that this car is one of only 49 in the world.

Another rare Porsche in Jerry’s collection is the 904 GTS. Only 104 were ever made. Its design is pretty unique with its subtle curves and lines. Originally designed to compete in the FIA-GT class at various international racing events. Its engine generates 180 HP.

The Porsche 935 is the factory racing version of the 911 turbo. It gets power from a twin-turbo flat-six engine that generates a very impressive 833 bhp. The model has won 123 races out of the 370 races in which it participated.

No matter what the case, Jerry cannot take this out on the road even though the car is fully functioning. That’s because being a prototype, it ain’t road legal. Maybe this is the reason why no one bought it when Jerry tried to sell it in 2016. It was first showcased at the 2000 Paris Motor Show. It gets a 5.5-litre V10 engine.

Speak about killer cars and there will always be the topic of the death of Paul Walker in his Porsche Carrera GT. Ralph Lauren and Tiger Woods also own one of these beasts. Jerry’s car is a clean example with only 3000 miles covered to date. Its 5.7-litre V10 engine delivers 612 HP. It can accelerate from 0 to 60 mph in 3.5 seconds with an official top speed of 205 kmph.

This beast is one of the heavily equipped cars in Jerry Seinfeld’s Porsche collection. It generates 500 HP and 339 foot-pounds of torque. Jerry has optioned the car with a one-off black paint job, a black leather interior with silver stitching and an unpainted carbon hood. The cost estimate of the car goes up to $1 Million.

The 918 Spyder is the Successor to the Carrera GT. It gets a 4.6 litre naturally aspirated V8 engine. It is a hybrid car with the engine generating 599 HP and 540 Nm of torque and the electric motors deliver an additional 282 HP. In total, the system delivers 875 HP and 1280 Nm of torque. Official figures state a top speed of 214 mph and 0-60 mph acceleration time of 2.6 seconds.

Don’t Forget To Check Out:-